Geologists have long mused about the origin of earth’s seas. Did water, for example, arrive from somewhere else — like on icy comets that struck the planet? Or did water come from somewhere within?

The recent discovery of a subterranean sea, deep inside earth, has scientists excited about the latter possibility.

Like something out of early 19th century playwright Jules Verne’s novel, Journey to the Center of the Earth — in which characters stumble across a massive underground basin — a team of geologists led by Steven Jacobsen from Northwestern University have found a vast body of water, three times the size of any ocean, located near earth’s core. It’s possible that water from this enormous reservoir oozed to the surface.

Jacobsen and his team used seismometers in their find, studying the speed of seismic waves to determine what lies beneath the surface. The waves slowed down upon reaching a layer of blue rock called ringwoodite, indicating that they were passing through water as well as rock. The depth of the phenomenon — 700 km below the mantle, which is the layer of hot rock underneath the surface — is also the perfect temperature and pressure for water to ooze out of the ringwoodite “almost as if it’s sweating,” Jacobsen says.

The discovery has only revealed ringwoodite beneath the continental U.S. however, so further experiments will need to be conducted to determine where else on the planet it can be found. 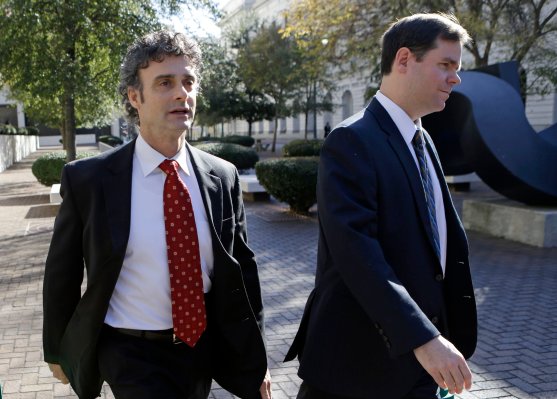 A BP Employee Convicted of Deleting Deepwater Texts Gets a New Trial
Next Up: Editor's Pick