Violence in Iraq Could Raise the Price at the Pumps

It’s not surprising that oil prices are at a three-month high, given the alarming unrest in Iraq. Oil traders do not react well to geopolitical instability, and that goes double when there’s an impending civil war in one of the world’s biggest producers of crude.

The Sunni insurgents of the Islamic State of Iraq and Syria (ISIS) overran the northern Iraqi city of Tikrit, which hosts a 300,000-barrel per day refinery, while Kurdish forces are now in control of the oil-rich city of Kirkuk after Iraqi troops abandoned their post. Repairs to the 250,000 barrel a day pipeline that runs from Kirkuk to the Turkish city of Ceyhan, offline since March due to sabotage, have been interrupted because of the fighting.

The good news, of sorts, is that Iraq’s biggest oil fields are in the far south, well away from the fighting in the north, as Robert McNally of the Rapidian Group told the Washington Post:

It’s possible that the Iraqi government in Baghdad—potentially with American help—will beat back ISIS and retake the north. And crude will keep pumping in the south even if the war drags on. The international oil companies that have come to do business with Iraq in the wake of the U.S. invasion are used to working in unstable places. If a civil conflict could stop the global oil industry, we’d have reached peak oil a long time ago.

But even if Iraq doesn’t collapse, the unrest will take a long-term toll on the country’s ability to produce oil—and that toll will be felt by consumers in the future. Iraq has the world’s fifth-largest proven oil reserves, which means the country has a lot more crude left to pump. And because Iraq’s oil industry was artificially depressed by years of mismanagement under Saddam, international sanctions in the 1990s and the chaos of war and reconstruction, the country has a lot of room left to improve. In February, Iraq’s production hit an average of 3.6 million barrels a day—the highest level since Saddam seized power in 1979. And a 2012 report from the International Energy Agency (IEA) projected that Iraq could reach 8.3 million barrels a day of production by 2035. That would make Iraq by far the largest contributor to new oil growth, which in turn could help accommodate the still growing demand from developing nations like China.

But that sort of expansion would require tremendous amounts of investment and a steady hand from the central government. Prolonged civil war would imperil both. And if that leads to consistently higher oil prices, the global economy could be at risk too. 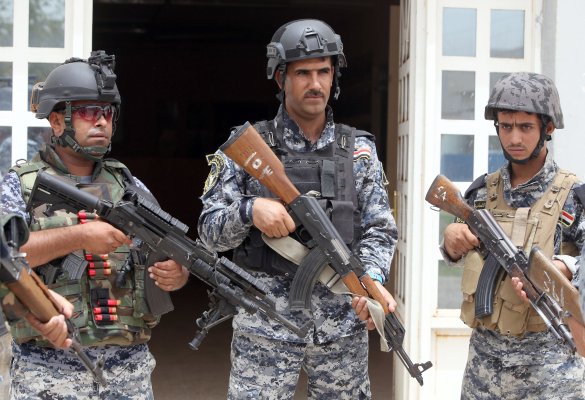 5 Things You Need to Know About the Militant Advance on Baghdad
Next Up: Editor's Pick