The Men Who Toiled Behind the Scenes at Arlington National Cemetery

Arlington National Cemetery is turning 150 this year, and the iconic site has been commemorating its history with a series of ceremonies and special tours over the past two months.

While visitors to the cemetery typically come to see the famous sites such as the Battle of the Bulge Memorial and the grave of former President John F. Kennedy, Arlington holds a special history behind the scenes as well.

Gravediggers like the ones pictured in this photo have often experienced iconic moments in American history. Clifton L. Pollard and Sylvester Smith were two of the gravediggers who prepared Kennedy’s grave in 1963. Pollard in particular rose to prominence after journalist Jimmy Breslin featured him in a column in the New York Herald Tribune in November 1963.

Breslin’s column described Pollard waking up early on a Sunday morning to dig the grave for the 35th president. The longtime gravedigger earned $3.01 an hour at the time, and told Breslin, “Why, it’s an honor for me to be here.” 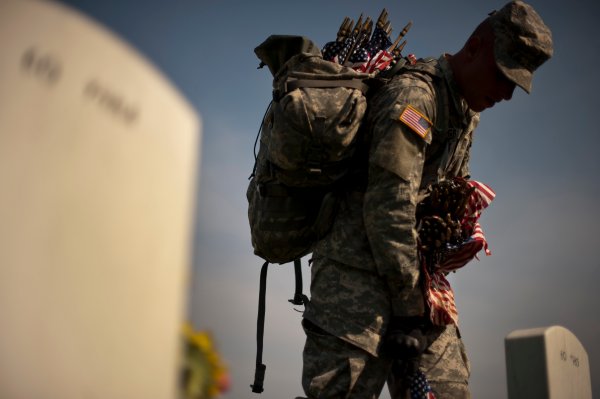 Photos Honoring the Old Guard
Next Up: Editor's Pick