Americans may still be skeptical about climate change. But around the world, global warming is not only settled science; it’s a reality that our international counterparts are taking varying steps to combat. And India is leading the way.

In a new global survey conducted for TIME about attitudes toward energy, Indians were the most committed to conservation and the most optimistic about their ability to reduce emissions.

Of the six countries polled, Indians were the likeliest to express deep concerns about energy and consumption. More than 9 in 10 Indians reported that conservation issues were “very important” to them, compared to 68% overall. Indians were more than twice as willing to pay more for clean energy as residents of Brazil, Germany, Turkey, South Korea or the U.S.

Each of these countries has moved to minimize their environmental footprint in different ways. Germans are in the habit of powering down their computers. Brazilians are assiduous about switching off lights. The U.S. leads the way in recycling.

But Indians reported the most comprehensive approach to energy conservation, with 8 in 10 Indians reporting that they have altered their personal habits to curb consumption. Those changes include several simple tasks that go a long way toward shaving both costs and carbon emissions. Indians are the likeliest of the six nations surveyed to carpool, take public transportation, and walk rather than ride in a vehicle. They unplug appliances from the socket when not using them more frequently than anyone else.

Part of this is a culture of fiscal restraint. Among their peers polled by TIME, Indians were the likeliest to say they stick to a monthly budget, as well as the most committed to setting aside money for retirement. In a nation with a strict caste system, and endemic poverty interspersed with pockets of colossal wealth, the lure to save may have spurred good energy habits. Conservation correlates with financial discipline across the six countries in the survey; in each, the most fiscally responsible respondents were also the most likely to engage in energy-conscious behavior.

But India is also unique. It is a burgeoning superpower with stark energy challenges. Its billion-strong population is rapidly growing, expected to surpass China’s for the world’s largest within the next 15 years. With that growth comes surging demand that will further strain creaky infrastructure. India is heavily reliant on fossil fuels and foreign imports. Its faltering energy grid often leaves large swaths of the nation baking in sweltering heat. Up to 40% of India’s rural households lack electricity.

These systemic challenges appear to have shaped attitudes toward energy, driving both social consciousness and innovation. In some of India’s urban slums, startups are swapping out dirty and dangerous kerosene lamps for new solar lanterns. The government has gotten in the game by implementing a series of conservation policies, such as requiring state government buildings to have energy-efficient designs. This month, the Modi government began work on a plan that offers incentives for investment in renewables, and hopes to have half the homes in Indian cities fueled by solar or wind energy within five years. And the public grasps the importance of the project: asked what concern guides their energy habits, Indians cited minimizing their environmental footprint (46%) over curbing costs (34%) or maximizing comfort (21%).

The efforts have spurred confidence. Though Indians are widely cognizant of climate issues, they’re more optimistic than their peers about the world’s ability to cope with the challenges. More than 60% of Indians say they believe the world can slash carbon emissions 80% by 2050, compared to 37% of respondents overall. Of the six nations surveyed by TIME, India was only one in which a majority was optimistic about the potential to achieve that level of cuts.

The survey was conducted among 3,505 online respondents equally divided between the U.S., Brazil, Germany, Turkey, India and Korea. Polling was conducted from May 10 to May 22. The overall margin of error overall is 1.8%. 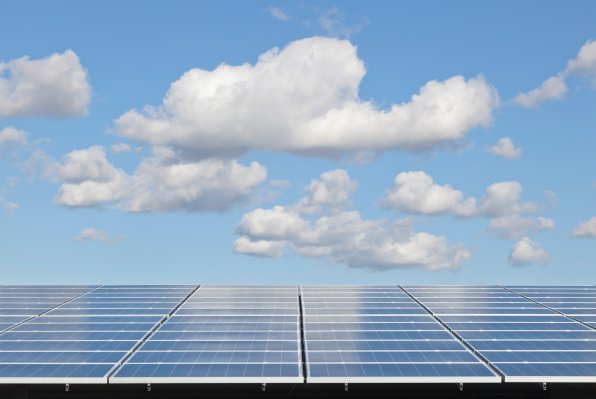 The (Slow) Greening of America
Next Up: Editor's Pick