How Work Culture Changes a Man's Idea of Fatherhood

Many, many, many kilobytes of data have been given over to how working mothers balance their mothering and money-earning identities and how that is changing families and therefore society. A new stream of data is trickling out on the other side of the story too, how men resolve their images of themselves as workers and fathers.

A small qualitative study on “new dads” in the Journal of Business and Psychology found that American men switch between four images of themselves as fathers: provider, role model, partner and nurturer. Depending on their work lives, one of these roles is always in the ascendant. The demands of men’s jobs and the flexibility of their working hours have a lot of sway over what area of responsibility fathers feel they should be spending most energy on. Dads with high stress or inflexible positions may find it impossible to spend time being a nurturer, for example. Studies have shown that dads are feeling the stress of work-life balance as well.

Another influential factor is the number and quality of conversations men have about being a dad while they’re at the office. There are workplace environments where any talk of child rearing or family responsibilities beyond breadwinning are rare if not exactly verboten. These workplaces are becoming fewer—a group of men who run a Deloitte Dads group out of Toronto recently made the cover of Bloomberg Businessweek— but they’re still the norm. A guy who takes a few days off playing baseball to attend the birth of his son, for example, can still produce a public roasting on sports radio.

Many of the issues fathers face are similar to those faced by females but unlike women, men seem to feel less conflict about which role they should be playing at any one time. This is probably only partly because mothering comes with more historical baggage and higher expectations from society. It may also be partly because of biology, since the role of mothers and fathers in the birth of a child is a little bit like the roles of artists and framers in the creation of a painting. One is essential, the other is helpful.

The study’s authors, Beth Humberd of the University of Massachusetts, Lowell, Jamie Ladge at Northeastern University and Brad Harrington of the Boston College Center for Work and Family interviewed 31 working fathers with working spouses for their results. They recommend that employers acknowledge that fatherhood is a more time and attention consuming task than it has been in recent history. This isn’t just about creating family friendly leave and work-life policies, although those are important. It’s about that tricky thing, workplace culture. “While work-life policies and programs can be designed to be gender neutral, often organizational cultures are not, ” the authors write. “There is still a strong cultural perspective that when men become fathers, little will change for them on the work front.” Perhaps office mates should start organizing baby showers for new dads, as an act of revolution. 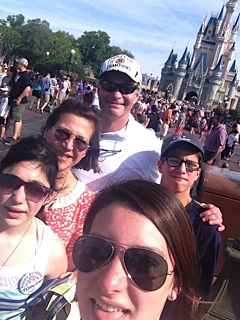 The Unexpected Rites of Fatherhood
Next Up: Editor's Pick