Real love Desirée Rogério de Carvalho has filled his workshop with items that show his support for Fluminense, a Rio de Janeiro team. The mechanic failed to show up at his own wedding because he decided that going to a Fluminense game was more important
Sebastian Liste—Reportage by Getty for TIME
By Bobby Ghosh

My friend Anirban Blah, a Bollywood superagent, has a tattoo on his arm with the logo of Spain’s Real Madrid. (As a partisan of FC Barcelona, Madrid’s great rival, I’m a little ashamed that my own devotion doesn’t run quite that deep.) This makes Blah the craziest football fan in Mumbai. In Rio de Janeiro, that would mark him as someone with a mild interest in the sport. Rio is, after all, home to Delneri Martins Viana, a man so besotted with his favorite team, Botafogo, that he goes down to the tattoo parlor every Thursday to have his loyalty inked on his skin. At last count, Viana had 83 Botafogo tattoos.

Does that make him the craziest fan in Rio? Not if Desirée Rogério de Carvalho has anything to say about it. A partisan of Fluminense FC, de Carvalho has that club’s maroon and green colors painted on his teeth. (Happily for Blah, Madrid’s color is white.) Yet another contender is Carlos Eduardo Araujo, who has had his house and car painted in the red and black of CR Flamengo.

If Brazil is football’s spiritual home, then these men are its high priests. (Carlos Henrique do Nascimento takes his unofficial role as vicar of Vasco da Gama very seriously. The team believes his presence at games helps them win.) But they are only the more extreme examples of the deep passion for the sport that runs through the country’s 200 million people. And the organizers of the World Cup—the Brazilian government as well as FIFA, football’s scandal-plagued governing body—are counting on that passion to make a success of the tournament, which kicks off on June 12.

But there is another passion at play: a growing rage at economic inequality and corruption that has repeatedly exploded onto the streets of Brazil’s biggest cities over the past year. Polls show that many Brazilians—perhaps even a majority—feel that hosting a World Cup is a bad idea, both in terms of economics and optics. Protest rallies are being planned during the tournament, and over the next few days, the news from Brazil could be as much about the action on the streets as on the pitch.

So this is a good moment to remind ourselves that whatever Brazilians feel about the World Cup, their love for the sport remains undiminished. Superfans like de Carvalho and Viana tend to the flames of footballing passion with great devotion. Long may the fire burn. 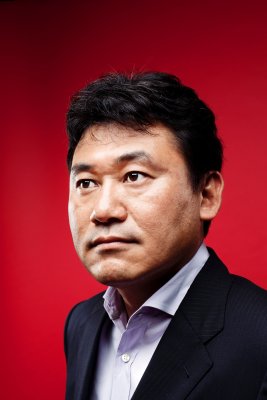 Grand Bazaar
Next Up: Editor's Pick