Like a ninja in a library, Amazon has quietly launched Prime Music, a streaming music service similar to Spotify, Rdio and others.

If you’re a $99-per-year Prime member, you’ll have unlimited access to north of a million songs, which makes Amazon’s library far smaller than its competitors’ libraries. Spotify, for instance, boasts over 20 million songs.

But this is another added nicety for Prime subscribers, who, for $99 a year, get free two-day shipping on a bunch of Amazon products, a free Netflix-like video service, a handful of freely borrow-able Kindle ebooks and now, free music to boot.

The fact that Prime Music was launched without much fanfare likely means that Amazon isn’t looking to try to lure people away from competitors — not yet, anyway. If the company builds up the music catalog in the coming months, however, it could serve as an interesting underdog.

As for what you actually get with Prime Music, there are no ads and you can listen to as many songs as you like. Songs can be downloaded for offline listening, though you’ll have to listen to them through Amazon’s music app, which is available on most popular tablet, smartphone, web and computer platforms. Here’s a list of available songs.

Amazon is expected to launch its own smartphone on June 18, so we’ll see how much the company’s new music service plays into the phone’s launch. 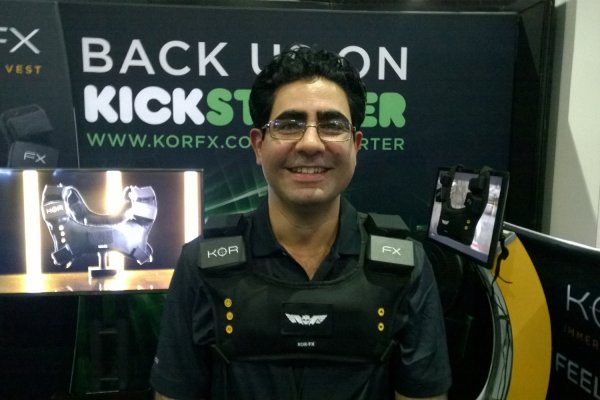 This Vest Vibrates Your Chest While You Play Video Games
Next Up: Editor's Pick