A Facebook Employee Gets to Die in Game of Thrones

A Facebook employee was awarded the honor of being killed off in George R.R. Martin’s next novel in the A Song of Ice and Fire book series.

Dave Goldblatt, a 30-year-old from San Francisco, was awarded martyr rights as the winner of the Game of Thrones author’s $20,000 charity auction prize. The Prizeo campaign was part of Martin’s efforts to raise money for both the Wild Spirit Wolf Sanctuary and the Food Depot of Santa Fe, New Mexico.

Goldblatt chose to be a Valryian, a race commonly known for its purple eyes and platinum white hair. When asked by ABC why he chose Valyria, he replied, “You read some piece of fiction and for whatever reason you think one particular character or race is cool – and for whatever reason, I thought the Valyrians were cool. I’m hoping in future books we get to see more of them.”

Besides Goldblatt, another winner — a woman — was chosen to meet a fictional gruesome end, but the woman decided to remain anonymous. 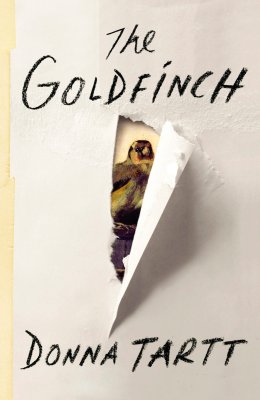 Why People Are Talking About The Goldfinch Again
Next Up: Editor's Pick