We've All Got GM Problems

General Motors CEO Mary Barra may have summed it up best when she described former U.S. Attorney Anton Valukas’ 325-page report on the company’s ignition-switch problems, which resulted in numerous deaths and millions of recalled vehicles, as “extremely thorough,” “brutally tough” and “deeply troubling.” It was all three and then some. But the report also illuminates a systemic problem in most big corporations as well as governments–insular management or, in the parlance of gurus, information silos.

Valukas found that GM didn’t fix its ignition-switch issues quickly or correctly because the company’s many departments and employees literally weren’t communicating with one another. The engineers who were looking into reports of cars’ stalling while moving didn’t know that engineers elsewhere in the company had designed air bags that would not deploy when cars were technically off. That meant engineers made different decisions about fixing the switch problems–decisions that ultimately led to over a dozen deaths.

But it was GM’s culture, in which silence and buck-passing were raised to a Kafkaesque art form, that kept these silos in place. Valukas’ report brings to light a number of tics that were unique to GM. There was the “GM nod,” for instance, in which everyone nods with respect to a certain course of action before leaving a meeting and then does nothing at all. And there was the “GM salute,” firmly crossed arms pointing outward toward others, signaling a steadfast refusal to take personal responsibility.

The problems of information not being readily shared and personal responsibility not being assumed are old ones. “Napoleon wanted to create a military without silos,” says Ranjay Gulati, a Harvard Business School professor who has spent 15 years studying silos. “Adam Smith spoke about the problem of labor silos. Events like 9/11 could have been prevented if there had been more sharing of information across organizational divisions.” Indeed, many of the biggest corporate debacles in recent years have been linked to information silos. The Rana Plaza disaster in Bangladesh, in which more than 1,100 garment workers were killed when a poorly built factory collapsed, was due in part to the fact that major Western retail brands didn’t know who their suppliers were or what they were doing.

Big, complex companies are typically structured so that decisionmaking is separated according to function, geography and product. That naturally creates silos. Indeed, McKinsey research shows that the most globalized firms pay an economic price for this. Examples of silos in blue-chip firms abound: Sony once had two separate divisions working on creating the same electrical plug without anyone realizing it. (It’s not just old-school companies that are at fault. I was once offered a job at a well-known tech firm where I would run around talking to C-suite executives about what they were doing and report back to other top people in the organization.)

So-called silo busting is already a hot topic in academic circles. Economists, for instance, are trying to do a better job of predicting market movements by calling on experts in areas like biology, psychology and the humanities. Major brain-science initiatives now routinely bring together researchers across many fields to share data. But in big corporations, silos are a problem that is becoming only more pressing as the world becomes more interconnected.

How can companies bust silos? according to Gulati, the best way is to create a set of core values or a core mission that everyone in the firm understands. A good example of this is IBM’s decision, under previous CEO Sam Palmisano, to create a safer and healthier society via its Smarter Planet initiative. That goal, says Gulati, helped facilitate cooperation across divisions. It’s also important for firms to consider issues from the point of view of customers rather than insiders. Consider longtime Cisco CEO John Chambers, who famously was 30 minutes late to his first board meeting because he felt it was more important to take a call from an irate customer than to meet the people who’d be deciding his salary. Another way to bring down silos: hire outsiders. Research shows that women and minorities often communicate better across divisions.

On that score, Barra is perhaps better placed than most to solve her company’s problems. During her announcement about the report, she set a communal goal for GM–“to set a new industry standard in safety”–and told employees to email her personally if they felt customers’ safety was ever in doubt. Silo busting starts at the top, and if Barra does it at GM, it could set an example for all large institutions. 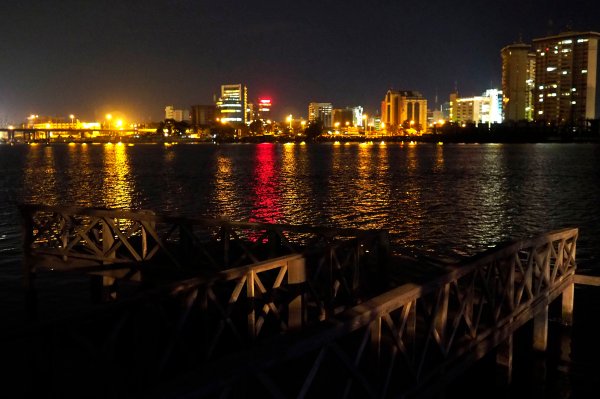 Multinationals Prefer Investing in Nigeria, Argentina and Vietnam
Next Up: Editor's Pick