Cannibal Brothers in Pakistan Sentenced to 12 years in Prison

Mohammad Arif Ali, 35, right, sits in custody at a police station in the town of Darya Khan in Bhakkar district, Pakistan's Punjab province, on April 14, 2014.
Reuters
By Melissa Hellmann

Two Pakistani brothers have been sentenced to 12 years imprisonment after the skull of a young boy they exhumed and devoured was discovered in their home.

An antiterrorism court in the state of Punjab found Mohammad Farman Ali, 30, and Mohammad Arif Ali, 35, guilty of defiling a grave, destroying property and disseminating fear. No laws specifically against cannibalism currently exist in the country. The brothers will be able to file an appeal at the Punjab high court, the BBC reports.

The pair had previously served two years in prison after being convicted of digging up and eating more than 150 bodies from a nearby cemetery in 2011. After they were released in May 2013, they quietly resumed their lives until neighbors in their small village of Khwawar Kalan complained to police about the potent smell of rotting flesh wafting from their home.

A police search on April 14 revealed the head of a 2-year-old boy who had been buried in a nearby grave. The brothers later admitted to digging up the corpse of a child and cooking him in a curry. 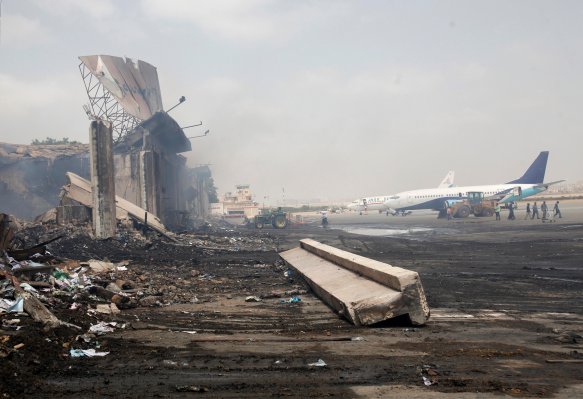