Ice Cube’s kids, not surprisingly, listened to a lot of rap music growing up. Two of his three kids are now rappers in their own right. But the man who reprises his role as a perpetually angry cop in 22 Jump Street is not about to tolerate bad language in his home.

In his interview in the luxuriously paper edition of TIME this week, Cube, as he likes to be known, says he doesn’t allow cursing in the home. “All kids got crazy language,” he says “I know kids cuss, they do their thing, but I tell them Don’t do it in the earshot of any adults or you’re in trouble.”

When they resist he breaks out his famous scowl, which, he claims, totally works as well on his kids as it works on Jonah Hill’s character in the movie.

Ice Cube’s two sons and one daughter have had significantly different upbringings from their dad’s. Cube’s childhood in south central L.A. was no easy ride, while they have wanted for nothing. He doesn’t worry about entitlement however. “We’ve been on the bottom of the barrel so long, just to have anybody in my generation or my family feel entitled means we’ve done something.”

For more of the interview, including Cube’s real name, watch below: 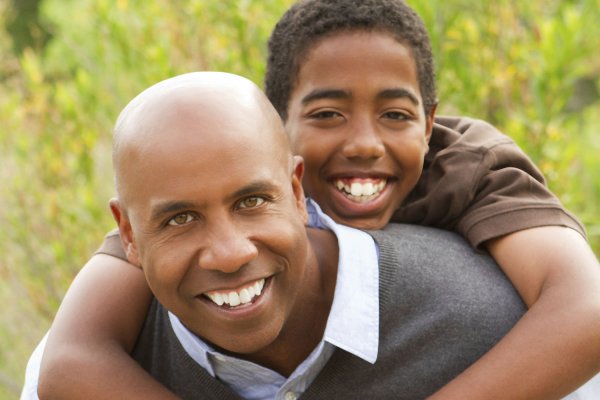 This Ad Will Make You Want to Call Your Dad Right Now
Next Up: Editor's Pick