Three bare rooms filled by visitors assuming positions as instructed by the artist may not sound like a box office draw, but Marina Abramović’s newest show in London is already drawing huge crowds, the BBC reports.

“512 Hours,” which opened Wednesday in the Serpentine Gallery in Hyde Park, London, is named after the number of hours the performance artist will spend with her visitors while the exhibit is on view. It’s Abramović’s first performance art show since “The Artist is Present,” which drew over half a million visitors to the Museum of Modern Art in New York in 2010. Then, Abramović sat speechless and motionless in a chair while visitors took turns to sit opposite her; now, the artist intends to connect with them both emotionally and physically.

“I honestly don’t know; I don’t have a plan. That is the point,” she told the New York Times, talking about her vision for the show. “The idea is that the public are my material, and I am theirs. I will open the gallery myself in the morning and close it at 6 p.m. with my key. I want to understand how I can be in the present moment, be with the public.”

According to the BBC, Abramović whispered to one of the visitors to “take in the silence” and “just be present.” Another visitor said the artist drew some to tears, and a third compared the show to “a very beautiful party where nobody talks.” One attendee equated the exhibit with a religious experience, the BBC said.

The show will be open through Aug. 25. There is no entrance fee, the BBC reports, but the gallery has implemented a “one in-one out” admission policy, allowing no more than 160 visitors at a time.

The Serbia-born artist’s new piece has already drawn some controversy, as several historians and curators have asked the Serpentine Gallery why Abramović’s show does not recognize the influence of another artist who deals with the concept of “nothing” in her work—New York-based Mary Ellen Carroll. But Abramović told The New York Times that she thinks it would be difficult for any artist to “claim nothing.”

“I think it’s a misunderstanding anyway,” she said in the interview. “It’s not that I’m doing nothing, quite the opposite. It’s just that there is nothing except people in the space. But now we are getting letters every day from people who did nothing first. It seems to have become something.” 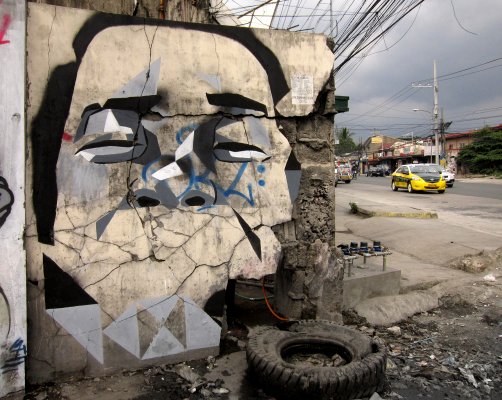