The Cast of Napoleon Dynamite Reunited and Took Some Weird Pictures

On an average day, if you ask Jon Heder — the actor best known for playing the titular character in Napoleon Dynamite — what he’s going to do, he could reasonably respond, “Whatever I feel like I wanna do, gosh.”

But on Monday, if you’d asked him what he was going to do, he’d have replied, “I’m reuniting with the film’s entire cast so we can celebrate the 10th anniversary and then also unveil a creepy bronze Napoleon Dynamite statue.”

So yeah. That happened. The cast was also, of course, promoting something: the special “10 Sweet Years” Blu-ray/DVD release.

As for the statue, Heder seemed pretty cool with it and was gleefully Instagramming it:

To be fair though, not everybody is flippin’ sweet enough to have a statue in their likeness. 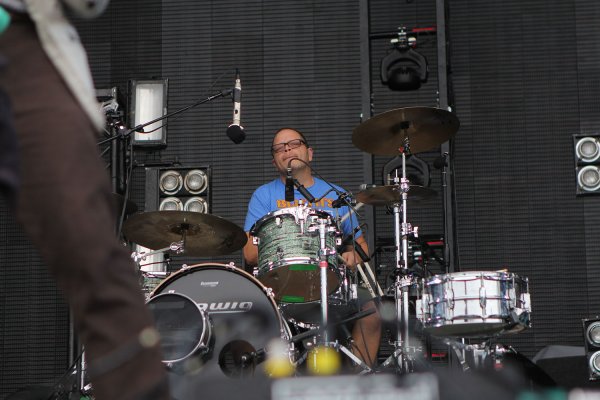 Watch Weezer's Drummer Catch a Frisbee Mid-Song Without Missing a Beat
Next Up: Editor's Pick