10 Lessons We Learned From the Internet's Favorite Dads

Lesson 1: You can be a single lady, even if you’re a toddler and male.

Back in 2010, one dad made his son cry by telling him, “You’re not a single lady, buddy” when the boy began to dance to Beyoncé’s “Single Ladies (Put a Ring on It).” The father soon realized his misstep and changed his tune, telling his young son that he CAN be a single lady, if he wants to be.

Lesson 2: Be thrilled about your accomplishments, even if they are remarkably average.

This dad wept with tears of unbridled joy when he learned that his son earned a C in math. So what if that’s, by definition, average? Stand up and be proud!

Lesson 3: Dads will always, always embarrass their kids when they dance.

Lesson 4: There are plenty of songs to enjoy that are not “Let It Go.”

This father-daughter duo captured our collective heart for their spirited lip sync of Iggy Azalea’s “Fancy.”

Lesson 5: Laptops are not bulletproof.

Remember this dad who went on an eight-minute rant directed toward his daughter for her incessant whining on social media? One of the lessons here is don’t be a brat, but the real takeaway is that laptops don’t stand a chance in a firefight.

The now-deceased Gene Leonhardt became an Internet sensation for angrily defending his daughter from her haters — and for telling them, “You done goofed.” Let’s all try and apply that as a lesson every day, because we’ve probably all done goofed.

Lesson 7: Start planning NOW so you can become a viral sensation later.

This dad taped his kids coming downstairs on Christmas morning for more than two decades. It probably annoyed them — especially during their surly teen years — but look how much it paid off. They got millions of views on YouTube! Redemption.

Lesson 8: If you want to be a great dad, just get deployed to Afghanistan and then plan an elaborate surprise homecoming.

Lesson 9: America is number one!

In honor of the Sochi Olympics, this dad built a backyard snow luge for his kids and totally decked it out in red white and blue/woohoo America/USA is #1 type decor.

Lesson 10: You can’t hit people because you want pancakes.

The most important lesson of them all. Jury’s still out on whether or not you can hit people because you want waffles.

Read next: 10 Things My Father Was Right About 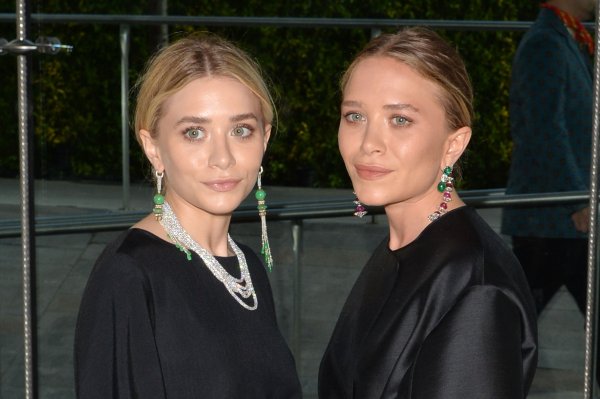 5 Actually Good Things That Happened on Friday the 13th
Next Up: Editor's Pick