Chinese retail giant Alibaba is making its boldest move yet to directly compete against sites like Amazon and eBay on their home soil. The company launched a new boutique online marketplace in the U.S. Wednesday that it hopes will gain a foothold in the country’s $262 billion online retail sector.

The new site, called 11 Main, allows merchants to sell boutique products in categories such as fashion, jewelry and crafts. For now, it’s more of a Etsy competitor than an Amazon foe.

“The 11 Main experience was really created and inspired by that Main Street shopping experience,” says Mike Effle, president and general manager of the business. “It’s really positioned as a hand-selected collection of speciality shops and boutiques.”

The site is Alibaba’s first substantial attempt to break into the U.S. retail market. In China, Alibaba is an unprecedented tech giant that generated $248 billion in retail transactions in 2013, dwarfing global sales for both Amazon and eBay. 11 Main takes some cues from its parent company’s successful Chinese enterprise. Like Taobao, the largest of of Alibaba’s retail sites, 11 Main leaves the shipping and logistics fees to the merchants, acting only as a massive storefront to let customers browse thousands of items. 11 Main charges a 3.5 percent commission on most products sold. The site was formed through the 2010 acquisition of two e-commerce U.S. startups, Auctiva and Vendio, and will operate independently of Alibaba, Effle says.

11 Main, which is currently in an invite-only beta, has a long road ahead to create a significant dent in the overcrowded American retail marketplace. But Alibaba’s backing gives the new site a significant advantage, according to Forrester analyst Kelland Willis.

“A successful eCommerce practice requires seasoned talent – which Alibaba is hiring in the form of acquiring companies,” Willis said in an email. “Acquiring mass traffic will likely be their biggest issue to date, but with a long tail of products it may be easier than we expect.”

Ahead if its upcoming mega-IPO in the U.S., Alibaba has made significant investments in plenty of other American businesses. The company poured $215 million into a messaging app called Tango earlier this year, and led a $250 million funding round for ridesharing app Lyft in April. The company also has a 40 percent stake in Shoprunner, an online storefront with a free shipping program that competes directly with Amazon Prime. Flush with cash—the company made $3.5 billion in 2013 alone—Alibaba’s ambitions are rapidly expanding beyond its homeland. 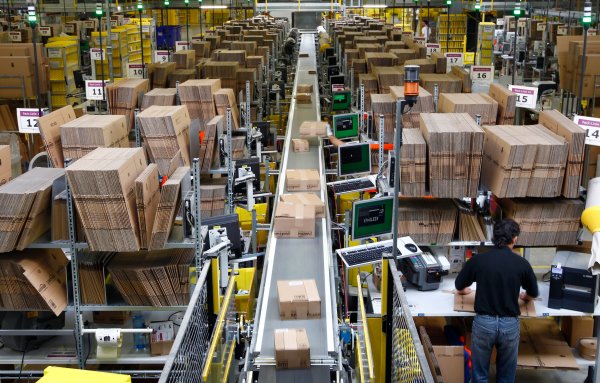