I’d heard this even before laying hands on Destiny for the first time, and wondered if it was a lazy comparison.

But with Destiny’s competitive multiplayer (known as “Crucible”), the similarities to Halo are easy to notice. You’re still an armor-clad soldier with regenerating health that can absorb more than just a shot or two to the gut. The pace is slower compared to twitchy shooters like Call of Duty, allowing cat-and-mouse games to emerge as players chase each other around corners and into hidey holes. You’ve got a couple guns, some grenades and a mêlée attack, and you may need to use some combination of them to bring another player down.

I could use the same description for Halo, which Bungie worked on for over a decade before moving on to build Destiny under publisher Activision. This isn’t necessarily a bad thing, as Halo is one of the most revered first-person shooters of all time. But clearly, Bungie isn’t reinventing any basic mechanics. Instead, it’s offering a slightly different take on the style of shooter it created in 2000.

In a demo at E3, I played a couple rounds of Control, in which two teams tussle to maintain command of three zones. It’s the kind of mode you’ll find in lots of shooters, and the flow wasn’t much different here. The winning strategy, as always, is to pick a base and stick with it, finding a good vantage point to fend off foes as they approach. I would’ve happily played more if Activision let me.

While there are differences from Halo, they’re subtle. You can see how much health your opponents have, which takes some guesswork out of deciding your next move. In larger maps, you can summon a personal hovercraft, called a “Sparrow,” to help you zip to your objective. And instead of picking up weapons scattered around the map, you bring your own preset arsenal to the fight. (The occasional “heavy ammo” drop allows you to use your most powerful weapon, so the mad scramble for rocket launchers or chainguns is essentially intact.)

I may be understating what could be Destiny’s biggest distinguishing trait: In Halo, everyone has the same abilities and the same choices in weaponry, but in Destiny, every character is different, based entirely on the weapons, armor and special abilities they’ve unlocked in the main game. Halo was almost religious in making sure everyone fought on a level playing field–the ability to customize your loadout didn’t happen until Halo 4, which Bungie didn’t work on–but Destiny appears to take the opposite approach. Having the story mode influence the competitive multiplayer is something few games have attempted, and it’ll be interesting to see if Destiny can pull it off.

Still, I couldn’t get a sense of how this actually affected the game just from a short, standalone demo. In my brief experience, Destiny’s competitive multiplayer was easy to fall into, as if it was something I’d already spent hundreds of hours of my life playing. If Destiny’s character-building hook makes a meaningful difference, I think I’ll be okay with that. 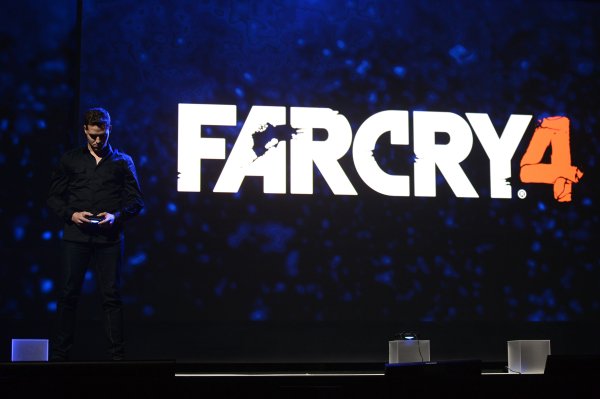 Ubisoft Press Conference in Under 2 Minutes
Next Up: Editor's Pick