Islamist militants in Iraq moved closer to Baghdad Wednesday, after seizing the city of Tikrit which lies just 95 miles to the north of the capital.

According to Turkish officials, the head of the Turkish embassy and close to 50 officials are being held hostage in Mosul. From there, the militants swept south, moving into Baiji, a town between Mosul and Tikrit, late Tuesday.

Heavy clashes have since been reported between ISIS and government forces in Tikrit, whilst one unconfirmed report claimed Governor Ahmad Abdallah had been captured. The militants’ eventual aim is to control an area of land covering the Iraq-Syria border.

Nouri Maliki, the prime minister of Iraq, has asked the government to call a state of emergency, blaming the insurgents’ successes on a “conspiracy”. In a live, televised address he offered his support to those in the besieged Nineveh province and vowed retaliation.

ISIS has been quick to exploit the tensions between al-Maliki, a Shia Muslim, and the minority Sunnis who claim he’s refusing to share power.

The group has been controlling most of Nineveh province for several months but in the past week has launched attacks on other cities in western and northern Iraq. 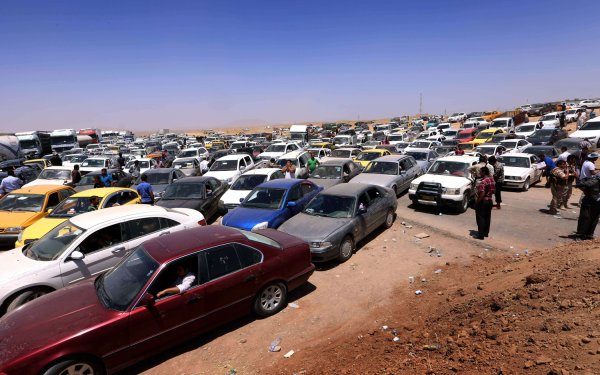 Mosul Falls to Extremists
Next Up: Editor's Pick