This Is the Weirdest Catfishing Case Ever

Most Catfishing fairytales don’t end in a happily ever after—they end in crying, maybe a marred football career, and a cameo on MTV if you’re lucky. But this particularly sordid case of fraudulent social media identity takes the cake.

Alabama.com reports that a Tuscaloosa woman created a fake Facebook account to track her live-in niece’s online activity. According to court records filed Tuesday, 19-year-old Marissa Williams had been inviting men she had met on Facebook over to the house and blocked her aunt from seeing her profile when she was asked to stop. And so Tre “Topdog” Ellis was born, so that Williams’ aunt could see what her niece did online and teach her a lesson about talking to strangers.

Things went downhill from there.

At first Williams just asked Topdog to come over and get drunk. Then she offered to have sex with him if he paid off her $50 phone bill. Then she asked him to “kidnap” her from her unhappy home and, oh yeah, shoot and kill her aunt if she interfered. And to top it off, Williams created plots for Topdog to sneak into her aunt’s room to murder her, her aunt’s fiancé, her cousin, and the family dog if he had a chance on his way out.

When police were called (obviously) and talked to Williams her response was IDK, JK, LOL. Translated to an approximate, Yeah I asked him to murder my family, but I didn’t mean it. SMH.

Williams is currently in county jail on charges of solicitation and murder. If the prison has wifi, she should be chipping away at that $30,000 bail in no time. 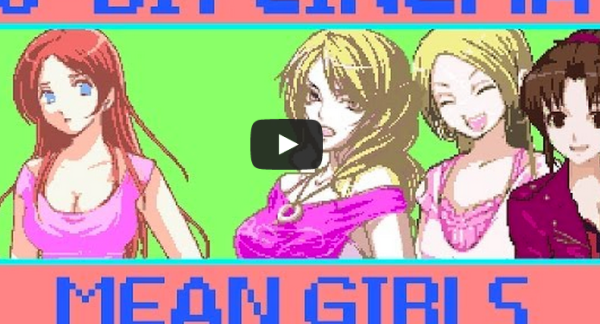 This Mean Girls 8-Bit Video Game Is So Fetch
Next Up: Editor's Pick