Texas Senator (and possible 2016 presidential hopeful) Ted Cruz has formally given up his Canadian citizenship, about nine months after learning he had it.

While at home in Houston on Tuesday, Cruz was notified by mail that the renunciation became official on May 14, The Dallas Morning News reports.

“He’s pleased to receive the notification and glad to have this process finalized,” spokeswoman Catherine Frazier said.

Cruz intended to give up his Canadian citizenship, which was not a secret, after The Dallas Morning News first brought it to his attention — to the surprise of him and his family — last August.

“Nothing against Canada, but I’m an American by birth and as a U.S. senator, I believe I should be only an American,” said Cruz, who was born in the Canadian province of Alberta, at the time.

Like U.S. law, Canadian law dictates that anyone born in Canada becomes a Canadian citizen automatically. Babies born in non-U.S. countries to at least one American parent are entitled to American citizenship as well. The U.S. Constitution requires presidents to be “natural born” citizens, which is commonly believed to include Americans born with the right to citizenship, even if they were not born on American soil specifically. 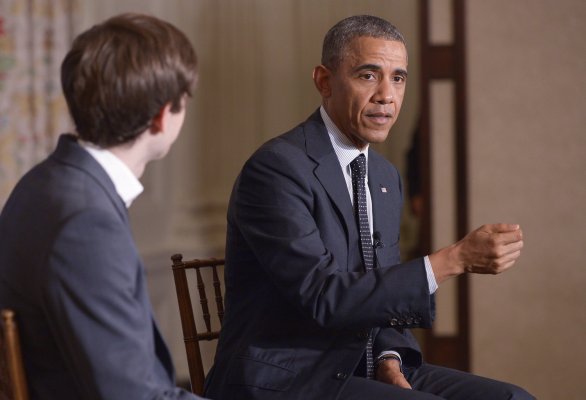 Obama: New Gun Restrictions 'Not Even Possible'
Next Up: Editor's Pick