President Barack Obama addressed the cost of higher education this week as he announced changes that would ease student loan debt. Concern over student loan debt has spiked in recent years as college tuition has continues to rise. Last year, the percentage of students who defaulted on their loans in two years reached 10%—the highest rate in almost two decades, according to the Department of Education. But beyond the financial hardships, several studies show that debt is also associated with significant mental and physical health problems, particularly in young people.

A study from Northwestern University linked debt to high blood pressure as well as poor self-reported mental and general health. The researchers looked at the National Longitudinal Study of Adolescent Health, which allowed them to analyze previously existing conditions of debt and health in subjects. They included 8,400 young adults, ages 24 to 32 years old.

Elizabeth Sweet, lead author of the study, says she was particularly surprised by the effect debt had on people’s physical health. “There had been a fairly strong and consistent link between debt and depression, debt and thoughts of suicide,” says Sweet. “But very little had been done to look at the impact on physical health.” And the psychological issues associated with debt can lead to broader health problems, according to the researchers’ analysis. Mental health issues can lead to poor dietary choices, low physical activity and substance abuse. The addition of raised blood pressure can also lead to cardiovascular and metabolic conditions.

Sweet says that while her study shows concerning links between debt and health problems, the topic needs more research. Sweet plans to conduct a five-year study funded by the National Institute on Minority Health and Health Disparities to further explore the ways various types of debt can impact physical and mental health.

“Debt is becoming a much more visible issue in this country because it’s so ubiquitous, and such a big issue that young adults are dealing with,” Sweet says. “These health issues are a warning for more health problems down the road, so we have to think about this as a long-term phenomenon.”

In President Obama’s first ever Tumblr Q&A on Tuesday, he told listeners that he wants to make college more affordable for young people. “Too many of us see college as a box to check […] as opposed to an opportunity to figure out what are we good at,” he said.

But in the meantime, millions of people are still struggling to repay loans.

“Debt is something that’s stigmatized we think of it as bad. We put a lot of responsibility on individuals to be responsible with money and not get into debt and to pay off debt,” says Sweet. “If you can’t get an education in this country without going into debt, you have to think bigger—making education more affordable and changing policies to help people not go into debt.” 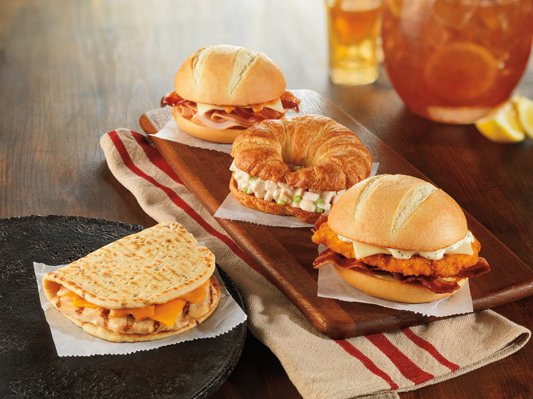 Dunkin' Says 600-Calorie Sandwiches are 'Snacks'
Next Up: Editor's Pick