Eighteen months after the school shooting at Sandy Hook Elementary School and hours after cable news was transfixed by another school shooting in Oregon on Tuesday morning, Obama said it was “stunning” that Congress couldn’t act to tighten access to weapons after the Newtown shooting. Obama, speaking to Tumblr founder and CEO David Karp during a live town hall hosted by the website, said such a move won’t be possible without a radical change in public opinion.

“If public opinion does not demand change in Congress, it will not change,” Obama said. “Right now it’s not even possible to get even the mildest restrictions through Congress, and we should be ashamed of that.”

An overwhelming majority of Americans support tightening background-check requirements after the Newtown shooting, but that was not enough to get a bipartisan bill through the Senate after vulnerable Democrats joined Republicans in blocking the legislation. Instead, the Obama Administration announced a series of narrow executive actions to try to act around Congress where it could. Lawmakers and candidates, Obama told Karp, are “terrified” by the National Rifle Association.

Responding to arguments that the root cause of mass shootings is mental illness, Obama said, “The United States does not have a monopoly on crazy people.”

“It’s not the only country that has psychosis, and yet we kill each other in these mass shootings at rates that are exponentially higher than anyplace else,” Obama continued, putting the blame on a combination of mental illness and easy access to firearms. “What’s the difference? The difference is these guys can stack up a bunch of ammunition in their houses.”

“We’re the only developed country on earth where this happens,” Obama lamented. “And it happens once a week. There’s no place else like this.”

“Our levels of gun violence are off the charts,” he continued. “There’s no advanced, developed country on earth that would put up with this … The country has to do some soul searching about this.” 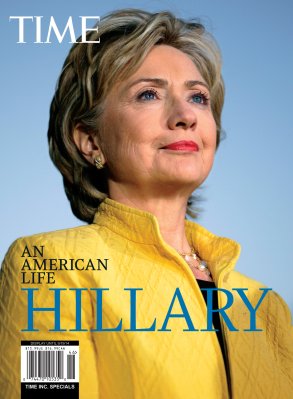 The Clinton Family Business
Next Up: Editor's Pick