Millennials Are Leading Boomers to a Smarter Retirement

Most boomers couldn’t name a song by Imagine Dragons or find much use for the news on Policymic.com. But give it time. Both are popular with Millennials, and in some ways we are turning into our children.

Four decades may separate the two generations, which have had vastly different life experiences. Boomers came of age during a time when jobs were plentiful and pensions were secure. Millennials have reached adulthood amid broad underemployment and a crumbling social safety net. These would seem to suggest opposite economic views. But that isn’t necessarily the case.

Of course, the generations have differing views in many areas, and a Pew survey found extreme gaps in technology, politics, music, religion and parts of the workplace. Yes, Millennials prefer to wear flip-flops to the office and text, not talk. Yet in key ways, boomers and Millennials are, like, so similar:

The generations may never agree on what makes a good band or where to find the most pertinent news. But we seem to be discovering common ground in areas that matter. 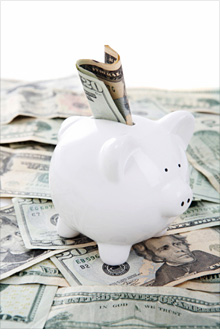 Workers to Bosses: Take Twice as Much of My Pay
Next Up: Editor's Pick