The U.S. Food and Drug Administration and the Environmental Protection Agency had previously advised limits on maximum fish consumption during pregnancy. They are now for the first time recommending a minimum instead, as additional research reveals fish’s health benefits.

“For years many women have limited or avoided eating fish during pregnancy or feeding fish to their young children,” FDA Acting Chief Scientist Stephen Ostroff, M.D., said in statement. “But emerging science now tells us that limiting or avoiding fish during pregnancy and early childhood can mean missing out on important nutrients that can have a positive impact on growth and development as well as on general health.”

The new recommendations say women and children in these populations should consume 8-12 ounces (approximately 2-3 servings) of fish that are lower in mercury — like shrimp, salmon, tilapia, catfish and cod — each week to aid fetal development and growth. The guidelines discourage consumption of tilefish, swordfish, king mackerel and shark, which are associated with higher levels of mercury. 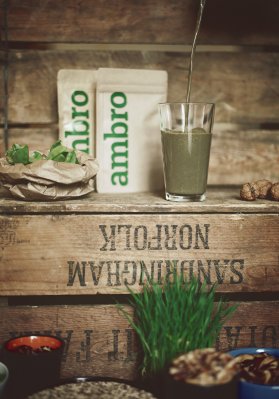 Soylent Has Some Competition—And We Taste-Tested It
Next Up: Editor's Pick