When Chelsea Clinton announced in April 2014 that she was pregnant, it took the media about two nanoseconds to zero in on what that could mean for national politics. Namely, that Hillary, should she run for president in 2016, could campaign as a grandmother. Within hours, Democratic analysts predicted gleefully that the new role could be a “game changer” on the campaign trail, while Republicans downplayed the potential shift in public persona. A few of the more conservative commentators even suggested, rudely, that the Clintons had planned the pregnancy to maximize good optics in 2016. The morning after the announcement, New York Times columnist Andrew Ross Sorkin, on MSNBC’s Morning Joe, described the disclosure as the beginning of “the human drama that is Grandma Clinton.”

The speculation, while admittedly absurd—calculating the political implications of an unborn child requires a certain audacity, at least—was also an indication, as Sorkin suggested, of the continuing role that the Clinton family has played in the American political drama for a generation. The Clintons have been more or less constantly on stage since the late ’70s, when Bill first ran for governor of Arkansas. After Clinton entered the White House in 1993, Chelsea was featured in 87 network news stories and 32 articles in the New York Times, among the most of any president’s kid, according to the political scientist Robert Watson. And the White House years were just another act in the long-running drama. We have, over the years, carefully scrutinized their decisions, their health scares, their haircuts; we have weighed in on their missteps and victories. We were there when Bill joined the ex-presidents club and when Chelsea went to high school, then college, then graduate school. We had front-row seats when Hillary’s political star began to rise, first as a U.S. senator from New York and then as the secretary of state. And we watched as the Clinton Global Initiative (CGI) and the recently renamed Bill, Hillary & Chelsea Clinton Family Foundation became one of the most influential players in the field of international development.

The question now is whether all that history—a quarter-century of memories, goodwill and baggage—will help or hurt if Hillary runs for president in 2016. Voters tend to like political dynasties in both parties, almost despite those dynasties’ history. America is on its fourth generation of Bushes; Mitt Romney’s father ran for president in 1968, 40 years before the son mounted his first run. Al Gore’s father was in national politics long before his son tried his hand. Even Rand Paul is a legatee of his libertarian father’s years in Congress. The ways that candidates with familiar names both fit in with and stand apart from their clans matter, because such behavior is a window into their values, priorities and private lives.

The good news for Clinton supporters is that, according to an April 2014 Washington Post/ABC News poll, 66% of Americans viewed the Clinton family favorably. Analysts say that’s largely because many Americans remember the Clinton era, from 1993 to 2001, as one in which the economy was booming, unemployment was down, wars were won quickly, and important federal issues, like welfare reform, were actually addressed head-on. Bill Clinton’s charisma and charm is a trickier thing to measure: like it or not, he has an almost preternatural ability to connect with voters young and old, black and white, rich and poor. But if he was at times Hillary’s secret weapon in 2008—acting as headliner at fundraisers, expert interview-giver, proxy and consultant—his feel for the electorate was sometimes off-target.

Chelsea, for her part, has dutifully campaigned for both her parents over the years. Chelsea remembers, as she told Fast Company magazine in May 2014, waving little American flags at her father’s gubernatorial races in the early ’80s, when she was barely 3. More recently, on her mother’s primary-campaign trail in 2008, Chelsea gave hundreds of speeches, mostly on college campuses, where she—herself a bright-eyed, articulate member of the millennial generation—worked to connect with young people, a demographic to whom her then-60-year-old mother had a harder time appealing.

If Hillary throws her hat in the ring in 2016, analysts expect that both husband and daughter will play larger, and perhaps better-defined, roles in the next campaign. Bill, whose speech at the 2012 Democratic National Convention electrified the audience and sent pundits writing encomiums about Bill as the “greatest communicator,” will likely be used to win over key voting groups and pull in influential help, while Chelsea is expected to take on a fairly robust high-level role, possibly in strategic management. “I can see her being a senior adviser,” Amie Parnes, co-author of the recent New York Times best seller HRC: State Secrets and the Rebirth of Hillary Clinton, told Fast Company.

Regardless of what happens next, the Clintons’ center of gravity as of now is CGI and the Clinton Family Foundation, which together employ more than 2,000 people in 36 countries. CGI has helped create $103 billion of pledges to 2,800 philanthropic projects around the globe. Unlike other family-branded foundations like the Gates Foundation, which disburse families’ personal wealth, Bill, Hillary and Chelsea must solicit grants from wealthy friends and corporations to fund projects that range from curbing global warming to ending elephant poaching. In 2014 the foundation launched the “No Ceilings” project, which Chelsea will help steer and which will monitor and facilitate the progress of women and girls worldwide.

The financial motor behind much of these efforts is CGI, which hosts an annual conference in Manhattan and draws the brightest stars from the political and development firmament, each of whom coughs up a $20,000 yearly membership fee to cozy up with one another for the three-day love-fest. For campaign-finance and tax reasons, no dollars raised by CGI or the Clinton Family Foundation can be used toward Hillary’s—or anyone else’s—campaign, although the relationships developed beneath the CGI umbrella are, of course, fair game. Both critics and admirers of the Clintons have noted that the family’s charity work has allowed them to assemble a team of wealthy donors, while simultaneously cultivating a reputation for service, a position that certainly doesn’t hurt a national campaign. It also offers Chelsea, who recently started working at the foundation (“I joined the family business,” as she puts it), the opportunity to work closely with her mother in an organizational capacity, should she end up taking on a similar position in her campaign.

“You can see it already,” Parnes said in Fast Company. “She and her mom are working on these issues together . . . Something her mom learned last time was that there was arrogance at the top. She wasn’t hearing the truth from people, and Chelsea will give her the truth.”

But while in this context the Clintons may appear an unstoppable triumvirate, their arms around each other’s waists at state dinners, funerals, fundraisers, galas and countless charity events, the media—and their rivals—have hardly forgotten their less-TV-ready past. In an interview with Vanity Fair in April, Monica Lewinsky herself came forward to defend Hillary, asking the nation to “bury the blue dress,” while Senator Rand Paul, whose name is floated as a potential nominee in 2016, has done everything he can to resurrect it. In an interview with Meet the Press in late Jan. 2014, the Kentucky Republican suggested that the Clinton family’s social advocacy, especially with regard to girls’ and women’s rights, is disingenuous, given what he described as Bill’s “predatory behavior” toward women while he was in office. “If they want to take [a] position on women’s rights, by all means do,” he said in early February on C-Span. “But you can’t do it and take it from a guy who was using his position of authority to take advantage of young women in the workplace.” Paul’s wife, Kelley Ashby, also suggested in a Vogue article in 2013 that Bill’s history with Monica Lewinsky “should complicate his return to the White House, even as First Spouse.”

And well it may. But trying to make an issue of the Clinton family’s well-litigated past could also backfire during a time in this country when unemployment is still high, real wages are declining, and Americans are feeling squeezed. The electorate may feel that attacking Hillary for the mistakes of her husband (for which she has already paid a painful price) is simply untoward. Nor does it follow that the past is prologue. In the late ’90s, the Clinton family is arguably what helped refurbish Bill’s legacy. Following a press conference in 1998 in which the president admitted that he had had an affair, Chelsea, who was 18 years old, walked between her mother and father and held each of their hands. The resulting image—the visual equivalent of sticking-togetherness, of forgiveness—came to define the Clintons in the following year.

As for Hillary’s future role as grandmother? To indulge in a bit of our own speculation: the precious bundle could be a mixed blessing, in political terms. The most obvious risk to Hillary’s new role is that it will inevitably highlight her age, a vulnerability some conservatives have already begun exploiting. (At 66, Hillary is “not particularly old for a man,” conservativecolumnist Wes Pruden argued last year, but “a woman in public life is getting past her sell-by date.”) And although such calculations might rightly infuriate feminists—who cared how many grandchildren Mitt Romney had?—whether Hillary is being a “good grandma” or not may make headlines as well.

By the same token, however, becoming a grandmother could also help Hillary excite and relate to younger voters for whom the title of “grandmother” is powerful. While it might have been a political liability in 1975 to be seen as a graying older lady, the role has taken on new meaning, particularly among younger, black and Latino voters, whose families are often bound by strong matriarchs. “In a world where nearly 40% of new mothers are single, many communities rely on grandmothers to hold together the whole family,” says Anne Liston, a Democratic strategist. “The image of a grandmother is one of a compassionate caregiver.”

That might be exactly the ace in the hole that Hillary needs as a national candidate. While poll after poll has found that voters find her competent, strong, intelligent and electable, in 2008 she struggled to connect with crowds of even strongly Democratic supporters, who found her calculating or aloof. Becoming a grandmother could help her warm up her public image and provide her speechwriters with a supply of rich material that they could use to connect her to the advocacy for children, families and public health that she’s championed for decades.

Of course, regardless of how deftly Hillary fits into her new role, and no matter how solid the Clinton family is, her many critics will complain. They will, as they have before, remind voters of past mistakes or paint Chelsea as a pawn of her parents’ political regime. They’ll accuse Hillary of using the grandchild as a campaign tool and suggest that the Clintons’ considerable influence is misused. But throughout it all, the Clintons will have one another, holding hands onstage. And if the past 25 years is any indication, it can be unwise to underestimate their staying power. 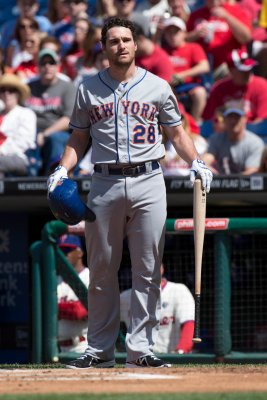 White House Tries To Get Working Dads Some Time Off
Next Up: Editor's Pick