Chuck D, the N-word and the Problem With Trolling

Fighting the power is nothing new for Chuck D, the rapper best known as a part of Public Enemy. Recently, however, he’s been waging a new kind of war, largely online.

It started at Hot 97’s Summer Jam, the annual concert thrown by the New York hip-hop radio behemoth. The Summer Jam has been the site of controversy in the past — in 2012, it was the site of Nicki Minaj’s cancelling a show when a D.J. accused her of a lack of realness — and this year’s, which took place on June 1, was no exception. Following the concert, which Chuck D did not attend, the rapper tweeted that the event constituted “cultural crime”:

The look on my face after I heard what a sloppy fiasco @hot97 in NYC has made of HipHop. #culturalCrime pic.twitter.com/wn2FhHToHa

Though the initial accusation was somewhat vague, it soon became clear that his problem was with the way that the radio station represented the genre and, in particular, the casual use of racial slurs at the event. Hot 97 told Billboard that his criticisms of the programming on the station didn’t make sense in terms of the role of radio today, to which the artist responded that if there were a festival allowed its hosts and guests to use slurs about any group other than African-Americans, the result would be very different.

Hip-hop aficionados are likely to focus on the question of the proper function of a radio station and use of the n-word in pop culture, but there’s another aspect to the debate that affects pretty much everyone involved in online conversations. (So, pretty much anyone who’s ever been on the Internet.) That’s the question of whether Chuck D was trolling Hot 97, something that prominent on-air personality Peter Rosenberg brought up during a segment about the rapper’s tweets. “If all you’re doing is trolling on Twitter, you ain’t doing that much,” he said.

Part of the problem is the variety of meanings the one word can carry. According to a rather exhaustive “brief history of trolls” at The Daily Dot, the term is a relatively new turn of phrase for annoying provocation of several different stripes. There’s patent trolling, the practice of holding onto broad patents with the intent of suing companies that use similar technology rather than actually making the product yourself. There’s full-on bullying, and then the less cruel meme-based 4chan subculture of deliberate mischief, like Rick Rolling.

And there is, as in this case, disruption for the sake of attention, an attention-grabbing burst of negativity. More and more, that’s the definition that matters.

Late last year, Daniel D’Addario at Salon asked whether the Internet had reached “peak troll” as a wider swath of consumers became aware that lots of online content was being created with the express purpose of making them angry and thus engaged. If we’re onto the trick, the idea went, trolling will stop working. While few would argue that a decline in purposeful agitation would be nice, perhaps there’s such a thing as overawareness.

A March Deadspin article about the parallel term “clickbait” — used to refer to overblown headlines that encourage readers to click on the story — made the point that there a logical problem with saying that wanting people to read what you wrote makes that thing bad; some people who want attention for their ideas want that attention because they care about their ideas. And, by extension, argued that piece, using “clickbait” as a criticism doesn’t do justice to the critic either, as “[a] universe of concerns, each one as specific and unique as what it’s addressing, is entirely subsumed into a single meaningless word that functions as nothing more than the expression of an attitude of superiority. I’m too smart for that to work on me.”

In this situation, though Rosenberg and Chuck D have also participated in a somewhat more nuanced conversation about the radio station, the idea that the latter is “trolling” a popular station in order to get attention just dismisses the concerns wholesale without granting them the legitimacy of real ideas. In some ways, it’s another side of a conversation about privilege that has been going on for far longer: though the two sides in this particular debate come from different positions of power within rap and hip-hop, the ability to push aside someone’s criticism as mere trolling is a privileged one. A respected pioneer of hip-hop analyzing the intersection of music and race may deserve attention from one of the genre’s most listened-to outlets — whether or not his beliefs about a radio station’s job reflect the realities of broadcast media — but the online mantra of “don’t feed the trolls” says to do exactly the opposite. Call something trolling and you’re free to ignore it.

Based on a tweet from yesterday, it seems clear that Chuck D understands why that matters:

@Rosenbergradio did not dis me. He simply was inaccurate with the troll call. He is dissing the notion that hip hop has been new cointelpro

There’s no way to know for sure the degree to which drumming up attention played into the rapper’s original statements, and he did not respond to requests to further discuss the subtleties of trolling — but, even for people who have no opinion about what kind of music Hot 97 should play, his point about language is worth remembering. Clickbait and trolling do exist; that’s obvious to anyone who spends any time online. But not everyone who makes you mad is trolling you. And, as Hot 97 is learning, sometimes not feeding the “troll” just feeds more anger. 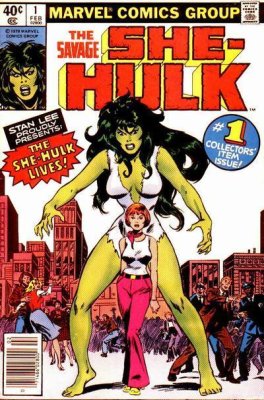