VIDEO: Space Aliens Meet iPhones in an Exclusive Clip from Earth to Echo

The idea that aliens might choose to communicate with Earthlings via our technology is far from a new one. It’s in movies from Close Encounters of the Third Kind to Contact, and — sort of — in real life, as the choice to send vinyl records on the Voyager space explorer shows. But none of the people involved in those stories had something that almost everyone has today: a cell phone.

The upcoming movie Earth to Echo, out July 2, changes that. A bit of family-friendly sci-fi in the E.T. vein, it’s about a group of friends who — after receiving strange cell phone messages — suspect that something fishy is going on in their neighborhood, right before the area is to be bulldozed for a highway construction project. And, as the exclusive sneak peek above shows, the kids at the center of the story are more than proficient when it comes to their phones.

The phones are also how first contact takes place—as seen in a second clip, below—and how some of the movie’s scenes are presented, mixing a found-footage style with the first-person GoPro aesthetic.

The idea that cell phones would ruin the plots of older movies isn’t a new one — for example, the entire plot of Home Alone could have been avoided if Kevin could call his folks at the airport — but not everything is messed up by constant communication. As Earth to Echo shows, sometimes the cell phone is the plot. 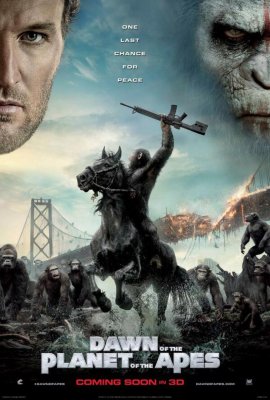 Watch the Awesome But Also Terrifying New Trailer for Dawn of the Planet of the Apes
Next Up: Editor's Pick