"Paternity leave is not only good for families, it’s good for business."
Chad Springer—Getty Images/Image Source
By Aaron Gouveia

“So, how was your vacation?”

I can’t tell you how many people asked me that question when I returned from paternity leave following the births of my sons. Despite the sleepless nights, constant uncertainty, feedings every 90 minutes, and the avalanche of meconium-filled diapers, that’s how my paternity leave was seen by many. A vacation. Some time off to relax and recharge. Because what earthly purpose can men serve in the aftermath of childbirth? And what could businesses possibly have to gain by investing in paternity leave?

The answer, in both cases, is “more than you know.” Dads both want and need to be home in those early days, but it’s not so easy—an issue addressed yesterday at the White House Summit on Working Dads.

When my older son was born in 2008, my employer was one of the 85% of American companies that offers no paid paternity leave (only 1% fewer than offer paid maternity leave). That left me cobbling together nearly two weeks of vacation and sick time to help out at home, and despite having access to 12 weeks of unpaid FMLA leave, our financial situation at the time rendered that option moot.

During those first two weeks, my wife had health issues combined with the onslaught of severe postpartum depression. When I had to go back to work, I was out of time and options, a confused and harried new dad bidding a teary-eyed farewell to a wife struggling to take care of herself as well as a new baby. The stress from not having enough time at home quickly began to impact my work, resulting in an unhappy and unproductive employee, and a new dad who felt like he was constantly drowning.

By the time my second child was born last year, I had switched companies and had access to two weeks of fully paid paternity leave in addition to vacation time — all of which I was encouraged to take if I needed it. That extra time (and positive company attitude) was invaluable to me; it gave me peace of mind.

I was able to take care of my wife. I was able to supervise my oldest’s transition from only child to big brother. But most importantly, I was free to bond with my baby. I held him, changed him, got up at night to support my wife during feedings, learned his sounds, and developed a routine. Whether it’s moms striving for perfection or dads being hesitant (or already back at work) during those first few weeks, uninvolved dads lose out on so much of that initial experience that serves as a foundation for fatherhood. But paternity leave allowed me to be an active participant in parenting, as opposed to a bystander.

If we’re ever going to do more than just talk about men being equal partners in parenting, we need to make sure both parents can afford to have paid leave. So when discussing paid paternity leave, two vital things need to happen.

First off, companies need to recognize the societal shifts underway in America. Namely, more women are entering the workforce and becoming breadwinners, while men are asking if they can “have it all” as they place a greater emphasis on balancing work and life.

Second, fathers need to feel assured they’re not putting their career at risk by taking paternity leave, and that there’s no shame in it. However, that is easier said than done when people like New York Mets infielder Daniel Murphy — who attended the White House summit — are publicly blasted for taking paternity leave instead of immediately going back to work.

Murphy, who missed the first two games of this season for the birth of his son, was lambasted by sports radio hosts Boomer Esiason, Craig Carton, and Mike Francesa. Esiason said he would’ve had his wife schedule a c-section before the start of the season, while his co-host Carton said “You get your ass back to your team and you play baseball…there’s nothing you can do, you’re not breastfeeding the kid.”

Employers who maintain this antiquated attitude are putting themselves at risk in numerous ways. And Esiason’s suggestion (which he later apologized for) to have an elective c-section is especially troubling—it’s a major surgery that significantly extends recovery time, meaning dads would be home for even longer helping their wives recover. Call me crazy, but I don’t think sidelining your wife for a couple extra weeks just so you can go back to work sooner makes you a “real man.” Real men take care of their families.

Companies that refuse to identify what employees value will fail to attract top talent, be unable to retain existing high performers, and suffer increased turnover costs. As more and more men focus on things like paternity leave, flexible scheduling, and working from home, it becomes clear that happy employees with a satisfactory work/life balance will be more productive and ultimately increase the bottom line.

Paternity leave is not only good for families, it’s good for business. Hopefully America will follow the lead of so many other countries, and start offering mandatory paid leave for mothers and fathers. But trust me – it’s not a vacation. 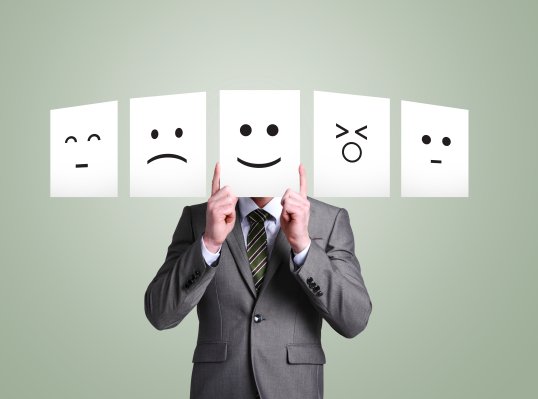 The Art of Negative Thinking: How Negativity Can Make You Happier
Next Up: Editor's Pick