From left: Angelina Jolie and Britain's Foreign Secretary William Hague arrive at the Global Summit to End Sexual Violence in Conflict at the Excel Centre in London on June 10, 2014.
Facundo Arrizabalaga—EPA
By Nash Jenkins

Angelina Jolie has earned herself quite a list of titles over the years: Academy Award winner, Hollywood’s highest-paid actress, advocate for breast-cancer prevention. These days, though, she’s first and foremost a global humanitarian figure, and seemingly a pretty good one at that.

On Tuesday, she and British Foreign Secretary William Hague open a four-day summit in London to address the epidemic of sexual violence in warring regions across the world. AFP reports that it’s the largest meeting ever to be held on the issue, with representatives from over 100 countries traveling to the U.K., including U.S. Secretary of State John Kerry.

“We will pool our expertise, diplomatic skills and resources toward the common goal of relegating sexual violence to the annals of history where it belongs,” Kerry wrote in an essay for the London Evening Standard. “This issue remains deeply personal for me. Too many of the places I have visited as Secretary of State bear the scars of a time when rape was used as a tactic of oppression and intimidation.”

The Global Summit to End Sexual Violence in Conflict, which will conclude on Friday with a video statement by U.N. Secretary-General Ban Ki-moon, aims to establish a set of international legal standards for prosecuting rape and eliminating the “culture of impunity” that permits it.

Conflict zones frequently observe the use of sexual violence as a tool of subjugation: a “cheap and devastating” weapon wielded to assert authority over the communities that play host to the violence.

In the Democratic Republic of Congo, for instance, where bloody ethnic turmoil has persisted for two decades, 12% of the female population claims to have been raped at least once.

The summit is the culmination of a two-year collaborative effort between Hague and Jolie, who was first appointed as a special envoy of U.N. High Commissioner for Refugees António Guterres in April 2012. It’s been a fruitful period — 141 U.N. member states have since endorsed the organization’s official declaration on ending sexual violence in armed conflicts — but this week’s meeting marks the first concrete steps toward tackling the issue. 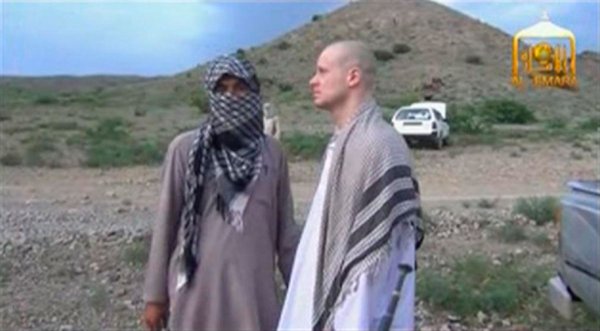 Kerry Warns Freed Detainees: You'll Die If You Fight
Next Up: Editor's Pick