Spoilers for last night’s Louie, below:

When Louie’s fourth season debuted, I wrote about how one of its strengths is that it can pretty much go where it wants to from week to week, without being tied to a single tone or storyline; protagonist Louie might even have different numbers of siblings depending on the season. With the fourth episode, of course, the show started doing something new again–telling a single, serial narrative over most of the season–and I wrote about that last week.

So it only made sense that the next week, Louie would switch up again and tell a self-contained story: a richly observed ninety-minute flashback episode that you might describe as the darkest episode ever of Freaks and Geeks.

In the Louie-verse, the forebear of “In the Woods” was “God,” from season 1, which also co-starred the terrific Amy Landecker as Young Louie’s mother. That (along with “Bully”) was arguably the episode that announced Louie’s ambition and versatility, switching from the foibles of a grown-up comedian to a dark-comic story of Louie as a kid, trying to liberate a statue of Jesus after some rather assertive Catholic education about His sufferings on the cross. That episode ended with a grace moment of connection between Young Louie and his mom, a single mother with a car that doesn’t run well, supporting him against the onslaught of religious guilt.

“In the Woods,” a much more dramatic trip down memory lane, picks up a few years later, with Louie a few years older, in 8th grade, and the connection between him and his mom starting to fray in adolescence. (There’s more connective tissue to past seasons of Louie here, as F. Murray Abraham–who played Louie’s uncle last season and an unrelated character the year before–plays Louie’s estranged father.) And this time it ties the younger Louie to the older one, who’s just seen daughter Lilly sneaking a joint at an outdoor concert. He’s furious, he’s stunned, he’s not ready for this–”You’re 12 years old!” he keeps saying, as much to himself as to her–he doesn’t know what to say. So he travels backward, to the root of this anxiety in himself.

As the story begins, though, we don’t really know where this is all going. One of the benefits of how Louie can be so many different things is that every episode begins as a mystery; there are little inflection points, crossroads where the story could go one way and become one thing, or another way and become another. The fact that you don’t know, the lack of one predictable mode, is itself a source of narrative drive. Take Young Louie’s fart-on-fire experiment in science class: I tensed up watching it, thinking that it could go one way and end up as slapstick comedy, or it could go horribly, embarrassingly bad.

Instead, the experiment went fine: Louie jetted a little flame out of his ass, it established the connection between him and his science teacher, Mr. Hoffman (Skipp Sudduth, in a role possibly intended for Philip Seymour Hoffman), and it set us in a naturalistic story (no Florida-destroying hurricanes here) of more or less typical people trying to deal with life, or kill the pain of it.

I compared the episode to Freaks and Geeks, and on the one hand that’s a little glib. (It’s 1981; Louie’s smaller friend is a little like Neal Schweiber; he even talks to a counselor with a peace sign in his office who I half expected to pull out an acoustic guitar and start singing “Eighteen” like Mr. Rosso.) But it’s not just about the ‘80s setting: Freaks, even though it was much more comic than “In the Woods,” had a similar dark streak, and an eye for how kids’ circumstances could define their self-image and set them on a certain path early–I’m thinking, for instance, of “Kim Kelly Is My Friend,” which opened a window on the dysfunctional home life of one of the show’s burnout “freaks.”

“In the Woods,” likewise, is not so much a story about pot as it is about choices and forking paths: a choose your own adventure with bigger stakes. Young Louie (an engaging Devin Druid) is smart, he has a mom who loves him and some teachers who like him; he’s also nursing some confused feelings and he’s within the orbit of some rough characters. He has a better start than, say, Danny–played by Oscar Wahlberg, son of Wahlberg brother Robert–but not that much better. There’s a definite class-conscious note here: if you have a certain level of support and means, the episode suggests, you can afford mistakes: you’ll get shipped of to private school while another kid goes to lockup. Young Louie is in between: one choice leads to another choice leads to some science-equipment thievery and a path that could lead him to outdo even his neighborhood drug dealer (and yes, that was Jeremy freaking Renner).

Yeah, that’s potentially the territory of an afterschool special. (Like much of season 4, I think “In the Woods” could use a little more of the sense of humor that distinguished “God,” which closed dryly with a shot of a church maintenance guy stoically nailing the statue of Jesus back on the cross.) But the message is less “Weed kills” than that adolescence–the period when a child goes, to some extent, out of his or her parents’ control–can be a dangerous, emotionally if not physically. Yeah, we know that Louie will become a decently successful, stable comedian. But he knows that it could have gone another way, had he not caught a few breaks, like not actually getting arrested or having a counselor who reminded him that he was young enough to start over and make different choices. In the end, there’s no neat message or moral: it’s neither exactly anti-drug or anti-anti-drug. Louie hasn’t cheated death, he’s just lost himself, hurt some people, and become someone he doesn’t like while also learning that he can get himself back on track.

“In the Woods” is a story of reaching the point in life where you realize you are, to some extent, on your own; that you have the power to screw up your own life and it’s only you ultimately who can stop yourself. Louis CK as director underscores that experience in a well-edited sequence toward the end, in which we see Louie, outside his house, catching a glimpse of his mom doing dishes, lost in her own thoughts. For the briefest instants we see the scene from her perspective, and the camera flashes on Louie’s solitary face. She’s a player in his life, she’s still his mother–but, the lonely visual underscores, in the end, her life is hers and his is his. Ready or not, he owns his choice.

That’s the terror adult Louie feels when he sees Lilly toking up. Maybe she’s more protected than Louie was at about the same age. But she’s not bulletproof. She’s not immune to making one choice, which leads to another, which leads to another… What Louie feels is the parent’s fear of seeing your child’s vulnerability and knowing that you have only so much control–and we hear that fear echoed back in Landecker’s remarkable, emotional confrontation scene with Druid, in which she voices the anger and agony of losing her son while he’s still in front of her: “You’re sullen, vacant, you show me no love. What are you?”

It doesn’t seem much like, thirty years later facing his own daughter, Louie has more of an answer. (I’m curious, by the way, whether it makes it tougher for anyone to see Louie as a good-hearted dad while we’re waiting for the resolution of the assault scene in last week’s “Pamela” episode–which, given Louie’s loose relation to continuity, is maybe part of the episode’s timeline and maybe not.) “Just, I love you and I’m here?” he says. “That’s all I got.” The episode closes with Louie holding on to Lilly, the kind of hold that comes from the knowledge that you’ll have to let go. 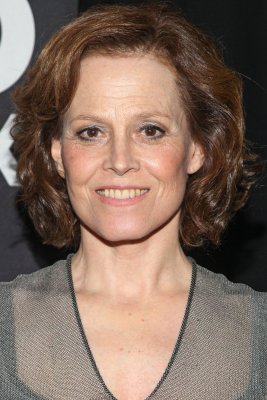 Sigourney Weaver to Star in Avatar Sequels
Next Up: Editor's Pick