Researchers at New York University discovered that people with lighter skin were more likely to perceive Afrocentric features as more pronounced or “darker” during an economic downturn.

That kind of perception is likely to increase discrimination against people of color, the researchers found.

“Our research reveals that perceived scarcity influences people’s visual representations of race in a way that may promote discrimination,” the authors note, in an upcoming issue of the Proceedings of the National Academy of Sciences of the United States of America journal.

In a series of four studies, participants were asked to identify whether select images depicted black people or white people, while researchers manipulated select economic conditions.

In one study, participants were first asked to express agreement or disagreement with “zero-sum” beliefs like “When blacks make economic gains, whites lose out economically,” and then asked to identify the race of the people featured in 110 images—people whose skin color varied greatly.

The study’s results showed that those with stronger “zero sum” beliefs were more likely to consider the images of mixed-face subjects as “blacker” than they actually were.

New York University researchers Amy Krosch, a doctoral student, and psychology professor David Amodio found similar results when participants were asked to identify whether someone was black or white after being shown words related to scarcity like “limited” and “resource.”

The remaining studies threw economics into the mix—asking subjects how they would divide $15 between people represented by two images— and not only were images of darker-skinned people deemed “blacker” than they actually were relative to the average skin color, they were allocated fewer funds.

Economic scarcity, the researchers note, has been proven to influence how people treat those outside of their own social groups in previous studies. But with the economy still recovering from the detrimental recession of 2008-9—which had a more adverse effect on blacks than whites—the findings suggest that institutional inequality may not be the only culprit, but also individual prejudices toward racial minorities. 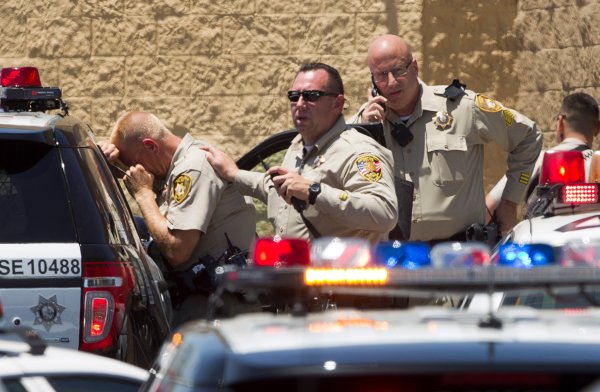