Here's Why Amazon Is More Ruthless Than Walmart

The recent dustup between Amazon and publisher Hachette reminds us that retail is a brutal business — tough on employees, really hard on suppliers. Walmart, the largest physical retailer, and Amazon, the largest retailer online, illustrate the pain produced in the effort to make consumers’ prices as low as possible.

Consider the plight of those working in retail. According to the Bureau of Labor Statistics, retail salespeople and cashiers were the two largest occupations in the U.S. in 2013, together employing almost 8 million people. These are low-paid occupations under the best of circumstances. While the median hourly wage for all employed people was $16.87, cashiers made just 58% of the median, and sales clerks just 60%.

Numerous news articles document the tough working conditions for both Amazon and Walmart employees. Both employers face suits for not paying employees for all their required time at work, including time waiting to go through a security check at Amazon’s warehouses to guard against shoplifting. Amazon’s German employees have been striking over wages since last year. A homeless shelter in Jeffersonville, Ind., has had between two and six Amazon distribution-center employees living there at all times. Many articles describe the harsh work culture at Amazon, some calling it a “soul-crushing experience.”

Walmart is scarcely better. Fifteen percent of Walmart’s Ohio employees are on food stamps. Employees receive $2.66 billion in government assistance annually. A study by the University of California, Berkeley’s Center for Labor Research and Education noted that, even after statistically controlling for differences in geography, “Wal-Mart workers earn an estimated … 14.5 percent less than workers in large retail” and that “several recent studies have found that the entry of Wal-Mart into a county reduces both average and aggregate earnings of retail workers and reduces the share of retail workers with health coverage on the job.”

But it’s Amazon’s relationship with its suppliers that makes the company worse than Walmart. There’s no doubt that Walmart pressures suppliers for the lowest possible price. But once the products are in the stores, both Walmart and the chosen suppliers’ interests are well aligned — to sell as much as possible of the stocked items. It costs money to build stores and ship products to them. More important, choices are necessarily limited in a physical store. So Walmart wants to move as much of the merchandise it decides to sell as possible. Having chosen a supplier and negotiated a deal, there is at least some degree of temporary commitment by Walmart to the vendor.

By contrast, Amazon — with no stores and an IT infrastructure that makes the cost of adding items to sell close to zero — doesn’t care what you buy, or even which of their online partners you use, as long as you buy the product through Amazon. Take books, the focus of the recent conflict. Walmart stocks a relatively small selection, so it wants to move the specific books it offers. Walmart’s interests line up quite nicely with the authors and publishers it promotes. Amazon stocks everything (except apparently now books published by Hachette), so it doesn’t care which particular book you buy. Simply put, Amazon has less incentive to make any specific supplier successful. To Walmart, for books or anything else, selling a million units of one item is great; selling one unit of a million items is impossible in its physical stores. For Amazon, who cares? That’s why relationships with suppliers, always contentious, will be particularly problematic at Amazon, especially when Amazon controls so much of the retail market share.

Some believe that low-paid, overworked, unhappy employees are the new model in an Internet age of offshoring, outsourcing and computer-monitored work. It’s quite possible that online retailing is also creating a new model of retailer-supplier relationships, with much less sense of partnership and shared fate than in the past. If so, Amazon’s fight with Hachette presages trouble for lots of suppliers, not just book publishers, in the very near future — at least if Amazon’s market dominance persists. 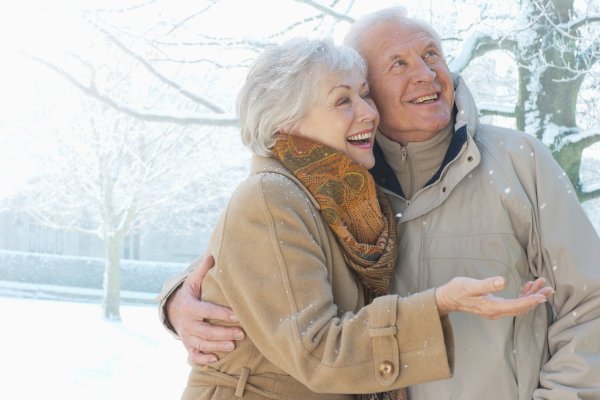 10 Life Lessons You Can Learn From the Smartest Older People
Next Up: Editor's Pick