The revelations of mass surveillance activities by the National Security Agency has made it harder for American companies to conduct business overseas, a tech executive said Monday.

Cheri F. McGuire, a Symantec Corporation vice president, made the comments during a panel discussion marking one year since disclosures from former NSA contractor turned leaker Edward Snowden first rocked the global debate about surveillance and personal privacy. The fight to regain secrecy and privacy since then has plagued many American software companies, including Symantec, McGuire said.

“Every time a new Snowden revelation trickles out, it’s another chip away at U.S. business,” McGuire said during the panel hosted by the Atlantic Council and held at the Brent Scowcroft Center on International Security in Washington, D.C.

Almost every day, McGuire said, the company faces questions about backdoors within its products that might be available to intelligence agencies, along with requests for specific contractual guarantees of privacy. Companies now face a new environment, McGuire said, one that is filled with “sticky contractual and corporate citizenship issues that were not there before.”

But people in both the U.S. and elsewhere are holding American companies to a higher standard than those in the rest of the world, McGuire said, noting the lack of intelligence oversight around the world. McGuire said the leaks have actually harmed cybersecurity by making companies less willing to share information with other companies and technological innovators.

“We need to get through—I hate to say it—this hyperbole we hear today of privacy outweighing everything else,” McGuire said. “A balance needs to be struck because the situation would be much worse if there was no security equation.” 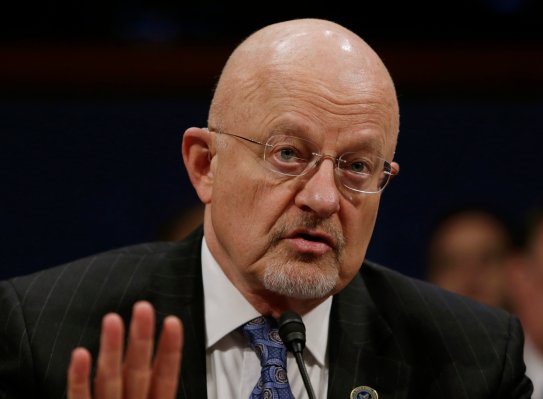 We’re Still Snooping on You, Says Intel Chief
Next Up: Editor's Pick