Phil Spencer, Microsoft’s head of Xbox, made it clear at the start of the company’s E3 press conference: This one was going to be all about games.

Over the next hour and a half, we saw a parade of games to come, many of which will be exclusive on the Xbox One. We got a glimpse of Halo: The Master Chief Collection–a repackaging of every major Halo release to date–and saw a new trailer for Halo 5: Guardians, which is coming next year. We heard more about Forza Horizon 2 and watched samplings of Sunset Overdrive and Fable: Legends.

Microsoft also brought out its fair share of third-party publishers, with promises to release additional content first on the Xbox One. This included some looks at cooperative play in Ubisoft’s Assassin’s Creed: Unity and The Division, a mission full of room-rumbling sci-fi action in Activision’s Call of Duty: Advanced Warfare, and a quick teaser for EA’s Dragon Age: Inquisition.

We even got a few surprises: There’s a new Tomb Raider game (Rise of Tomb Raider) coming late next year, and Microsoft is bringing back a cult classic in Phantom Dust. Another forgotten Xbox franchise, Crackdown, appears to be getting the reboot treatment as well. Microsoft even showed off an eccentric side with games like Inside and Ori and the Blind Forest.

If you’re into games, and felt uneasy about how focused on entertainment Microsoft seemed to be in the past, you could easily be fired up by Microsoft’s E3 2014 showing. Clearly, Microsoft has realized that gamers must carry the Xbox One–at least for its first few years–and there was an air of crowd service in this year’s presentation.

But if appeasing core gamers is the goal, it was hard to tell if Microsoft has any strategy for the Xbox beyond locking up as much exclusive material as it can.

Unlike rival Sony, Microsoft hasn’t done anything with cloud-based gaming or in-home streaming, so Xbox games are still chained to the big box in your living room. There was no talk of virtual reality, even as Sony and Oculus prepare to establish a new frontier for gaming.

Cross-platform play also remains just a blip on Microsoft’s radar, with only a small number of games that work across the Xbox One, phones and tablets, and no new announcements at the press conference. Microsoft’s SmartGlass app, which is supposed to extend touchscreen features to console games, also remains a bundle of wasted potential, and Microsoft said nothing about making it better.

And then we have Windows. For over a year now, Microsoft has been paying lip service to PC gaming, and how it’s working on new initiatives to replace its disastrous (and now defunct) Games for Windows service. So far, Microsoft’s promises have produced nothing. PC gaming was once again neglected at E3, even though a unified Xbox-PC ecosystem is more practical now than it’s ever been before.

What makes all of this especially disappointing is that Microsoft is supposed to be a more unified company now. But despite CEO Satya Nadella’s “mobile first, cloud first” mantra, gaming doesn’t seem to be part of that vision. Even as Microsoft’s rivals dream up new ways to play, Xbox in 2014 remains just a box in your living room with a bunch of games that don’t exist on other boxes.

But hey, at least those games look pretty good. 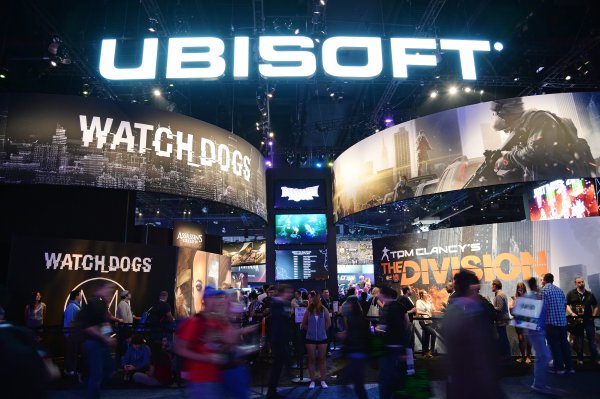 Watch: LIVE Ubisoft Conference at E3
Next Up: Editor's Pick