Last year, Calliope Wong, a transgender woman, pushed this question into the public spotlight when she published a letter from Smith College informing her that, because she was listed as male on her financial aid application, she could not be considered for admission to Smith. The controversy brought increased attention to a question that students and alumni are pressuring women’s colleges to address: Should women’s colleges admit transgender women?

The answer is “yes.”

Right now, many women’s colleges are on the wrong side of history. By effectively saying “no,” women’s colleges are endorsing and strengthening a concept at the root of transphobia: the belief that trans people are not who we say we are. Whether written into policies or informally practiced, this fundamental denial of trans people’s identities leads directly to our communities being disproportionately turned away from education, healthcare, housing and jobs, and disproportionately profiled by the police and immigration authorities.

Transgender activists work to change the brutal policies that keep trans women out of women’s shelters, put trans women in men’s prisons, make it difficult or impossible for trans people to use public bathrooms, keep trans people from having ID that reflects who we are, and allow healthcare providers, employers, teachers and other authority figures to exclude us and deny our identities. As trans alumni of women’s colleges, we call on women’s colleges to end the exclusion of trans women applicants.

Right now, most women’s colleges lack clear policies for admitting transgender women applicants. Many schools determine eligibility on a “case by case basis” by checking that all application materials—recommendations from teachers, school transcripts, test scores and financial aid documents—contain “female” gender markers. This approach to determining a trans applicant’s gender is discriminatory, effectively prohibiting trans women from applying to women’s colleges, and shouldn’t be the basis for determining admissions eligibility.

The rules that govern changing gender markers on identity documents in the U.S. are inconsistent and arbitrary, and there is no such thing as a “legal gender.” Every ID-issuing agency has its own rules regarding whether and how people can change their gender marker. Some require a letter from a doctor or therapist, others require medical treatment, and others require specific medical interventions, including surgery. While some agencies are updating their policies by removing surgical requirements for gender ID change, such as the State Department’s passport policy, some are likely decades away from eliminating outdated standards. As a result, whether transgender people can change some of their documents depends on where they’re from. Women’s colleges should not be basing their admissions policies on an arbitrary, inconsistent and harmful system.

Additionally, the process of obtaining gender ID change is particularly difficult for young and low-income people. Most applicants to college are barely 18 years old. Many ID-issuing agencies require medical treatment and/or letters from medical providers. Most young people, especially those without supportive parents, cannot access such care. Furthermore, many states’ Medicaid systems and some private health insurance companies have bans on covering this care. Tying admissions policies to gender on identification documents disproportionately excludes people who have the hardest time accessing health care and the legal and administrative processes required by these policies: young people, poor people, people with disabilities and people of color.

Women’s colleges cannot base their admissions policies on whether an applicant has been able to successfully navigate these systems to get female gender markers on all of their documents. This is not a principled approach to ending gender oppression in higher education.

As the class of 2014 graduates, we need to ensure that every women’s college has an explicit policy of inclusion for trans women applicants and a clear approach for dismantling transphobia on campus. 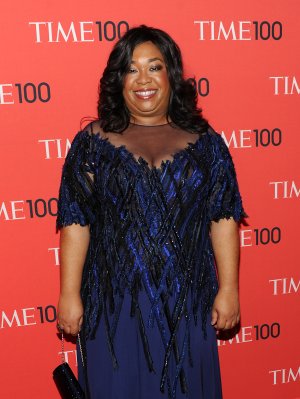 Shonda Rhimes: Anyone Who Says They Can 'Do It All' Is Lying
Next Up: Editor's Pick