Poll: 18% of Americans Have Skyped Their Pets

It seems like pet owners didn’t get the memo that you can’t teach old dogs new tricks. Because even though one in 10 pet owners have had their technology destroyed by pets, they still keep trying to teach animals how to Skype.

A new survey from electronics warranty company SquareTrade has found that 10% of pet owners have had their devices destroyed by pets, mostly by knocking them down and breaking them, but also by peeing and vomiting, and that about a third of the destroyed devices were smartphones. Male dogs are 86% more likely to destroy technology than female dogs, and 19% of owners believe their pets destroyed their devices because they were angry at them for something.

But even though most pet owners have found it difficult to train their non-human companions to use technology, they’re not giving up. 17% of pet owners have made a social media account for their pet, 25% have “friended” or “followed” a pet on social media, and 18% have attempted to use Skype or FaceTime with the animal that lives in their home.

Moral of the story: you can give a dog a smartphone but you cannot make it Skype. He’ll pee on it because he hates you. 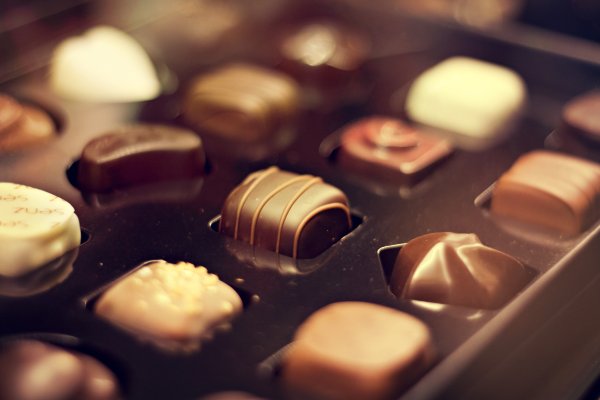 Zero-Calorie Chocolate Could Soon Become a Reality
Next Up: Editor's Pick