Scientists used to think only humans felt regret, but new research suggests that some members of the animal kingdom also regret bad choices.

Researchers at the University of Minnesota Academic Health Center created an experiment called “restaurant row” which consisted of four different food stops a rat could make. At each entrance, a tone sounded that indicated how long the rat would have to wait to receive food. A rat could either stay, or choose to try something else. The researchers compared this to humans opening a door at a Chinese restaurant and seeing a long line, so deciding to go to the Indian restaurant across the street instead.

The rats had preferences for specific foods and would only wait a certain amount of time to get it. The researchers decided to see what would happen if the rats skipped a ‘good deal’ only to discover a ‘bad deal’ at the next place. For example, the rat would skip an entrance where it thought the wait was too long, only to find the wait at the next door was even longer. To the surprise of the researchers, when the rats made a bad choice they stopped and looked back. This, the researchers surmised, suggested they regretted their decision.

The researchers then used imaging to study the brain activity of the rats and found that when a rat made a mistake, the orbitofrontal cortex of the brain–the part of the brain believed to process regret in humans–was activated.

Although the regret response of the rats was similar to humans, the University of Minnesota researchers said they were unsure whether rats have the same reflection about decisions as humans do. But they said the study shows that animal models may be used to better understand human behaviors. 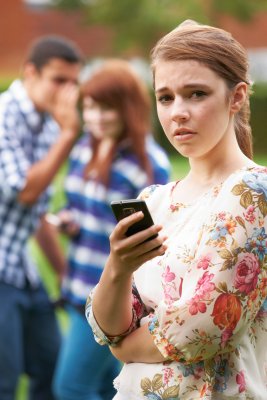 When Girls Use the Word 'Slut' to Bully Each Other
Next Up: Editor's Pick