Minecraft Creator's New Game Is About a Horse and a Ball

Markus “Notch” Persson, the fellow most know as the creator of indie cube-building wunderkind Minecraft, has an unassuming new game to show us, and it’s about a horse.

In fact it’s called Cliffhorse, because…well, your guess is as good as mine. There’s a horse. There’s a verdant world of sorts with bumpy, mountainous topography. I suppose you could argue that’s a cliff the eponymous equine’s standing on in the shot above (“standing” — how its managing to be upright at that angle without toppling over you’d have to ask Spider-Man).

The game is Windows-only at this point, and the disclaimer reads that there’s “no guarantee of future updates.” So probably a finger in the wind. Minecraft isn’t the sort of unexpected success you easily follow with another Minecraft — unless your game’s explicitly called Minecraft 2, and then everyone winds up accusing you of being creatively cynical and opportunistic.

Not Notch, who wrote this on Twitter yesterday morning:

Note his use of the word “commercial.” That’s because he’s asking that players purchase “early access” to the game by paying for it with Dogecoin (a form of Bitcoin-like cryptocurrency).

I don’t have a Windows computer with me at the moment — the E3 vortex is just a few blocks away, like those coalescing funnels at the end of Donnie Darko — so I haven’t been able to noodle with Cliffhorse firsthand, but the idea’s that you’re maneuvering a spotted horse around a hilly, occasionally rocky island. The island has a few palm trees. And there’s a ball. A weird, giant-sized, horse-colored ball. You can gallop into the ball and knock it around, then knock it around some more. And that’s…about…it, unless the game’s hiding something, waiting for someone relentlessly thorough and patient enough to find it. 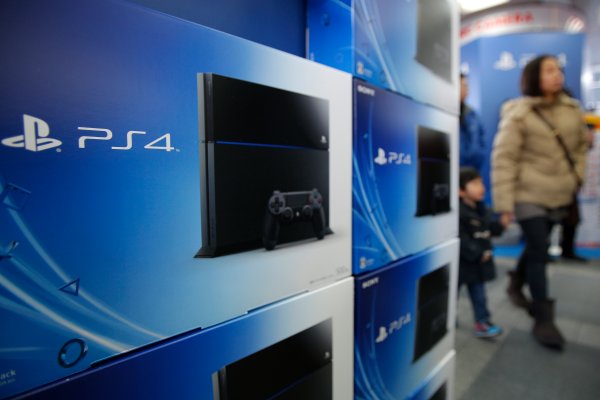 Sony Tops Nintendo in Game-Console Sales
Next Up: Editor's Pick