After One Brief Season, Cosmos Makes Its Final Voyage

Every Sunday night for the past three months, millions of Americans chose to spurn The Bachelor and instead accompany astrophysicist Neil deGrasse Tyson on an hour-long trip across the universe.

From its first episode in March until its finale last night, Cosmos: A Spacetime Odyssey — a redux of astronomer Carl Sagan’s seminal 1980 documentary series — brought a little bit of intelligence to the country’s television screens in a 13-chapter love letter to the craft of scientific exploration. It touched on topics ranging from black holes to climate change, consistently pulling in more than 3 million viewers in the U.S. each week.

Not terrible for a country where a quarter of the population doesn’t get that the Earth revolves around the sun.

Though it only aired for one quick season, broadcasting on Fox on Sunday nights and National Geographic the evening after, the series was the result of nearly a decade of collaboration between a fairly motley crew. After Sagan, whose original series three decades ago was a “watershed moment for science-themed television programming,” died in 1996, his widow Ann Druyan aimed to keep her husband’s vision alive. But even after she enlisted the no-doubt influential support of Tyson — the “world’s most famous astrophysicist,” (and the sexiest one according to a 2000 People story) — the series’ revival struggled to make it off the drawing board.

Enter Seth MacFarlane — the Family Guy creator who, if you look beyond the animated show’s early-season fart jokes that often earned it flak for being crude or sophomoric, is so clearly a closet nerd (consider, for instance, his penchant for Broadway show tunes). In 2009, Tyson introduced him to Druyan; a New York Times story last year says the two are now close friends.

MacFarlane, a fan of Sagan’s original series and an outspoken critic of America’s apparent dumbing-down epidemic, agreed to bankroll the project, earning him the title of executive producer of the show that otherwise may not have been.

After last night’s episode, which addressed the still largely hypothetical topic of “dark matter,” MacFarlane retweeted a photo posted by Tyson: featuring the two of them, clad in black tie, each cracking open a can of Schlitz, perched on a model of a crescent moon. 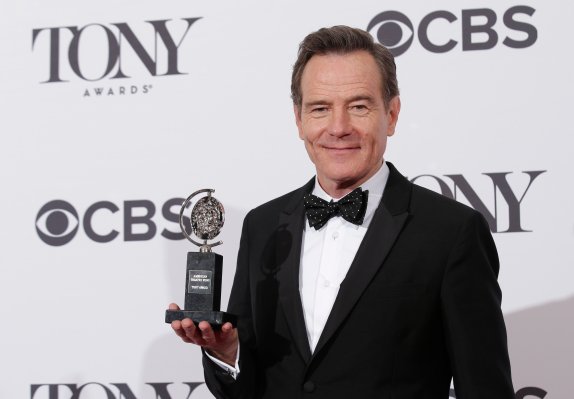