Insurgent violence exploded in Karachi again on Sunday. Armed militants rocked Pakistan’s largest city in an attack that was as gruesome as it was symbolic as terrorists proved their ability to penetrate deep into the country’s commercial nerve center, far from their tribal strongholds.

At least 28 people were killed during the fighting at Karachi’s Jinnah International Airport after militants disguised as policemen stormed one of the facility’s terminals.

“The ghastly attack on Karachi airport is symbolic, for it aimed to convey a message to the Pakistani state as it plans to fight the Pakistani Taliban,” Raza Rumi, a U.S.-based Pakistan analyst and senior fellow at Jinnah Institute, told TIME. “The choice of Karachi is also strategic as the act of terror gained global attention.”

Conflicting reports swirled early on Monday as authorities claimed to have killed at least 10 militants in the retaking of the hijacked terminal, while accounts of fresh gunfire continued to raise doubts over whether all the terrorists had been cleared from the besieged building.

Pakistani officials identified the militants as foreigners, with reports surfacing that the gunmen were ethnic Uzbeks or Chechens. No independent confirmation of the militants’ nationalities has been confirmed.

The Pakistsani Taliban, or Tehreek-e-Taliban Pakistan, took little time in taking credit for the assault.

“It is a message to the Pakistan government that we are still alive to react over the killings of innocent people in bomb attacks on their villages,” Shahidullah Shahid, a Taliban spokesman, told Reuters.

Shahid also claimed the assault was payback for the killing of the group’s former leader Hakimullah Mehsud, according to the Pakistan affiliate outlet of Newsweek. Mehsud was killed during a U.S. drone strike in Pakistan’s tribal areas last November.

“[The] Pakistani Taliban are now far more dangerous, lethal and well equipped than the Afghan Taliban,” said Hassan Abbas, a senior advisor at the Asia Society and author of The Taliban Revival.

“[The airport attack] shows their depth and networking in Karachi and even penetration in the Karachi airport. They entered from the gate which is used by top government and foreign dignitaries — supposedly the most secure.”

Prime Minister Nawaz Sharif’s government rolled out a preliminary peace process earlier this year to kickstart talks with the rebel outfit, aimed at bringing an end to seven years of insurgency that has claimed thousands of lives.

However, the process has been continually bucked by ongoing attacks from the group, along with the military’s recent targeting of insurgent strongholds in Pakistan’s federally administered Tribal Areas.

In late May, the Pakistani military ordered a series of airstrikes targeting Taliban hideouts in Northern Waziristan, killing 30 militants. On Monday, the Taliban’s spokesperson rejected Islamabad ’s peace talks as a “tool of war.” 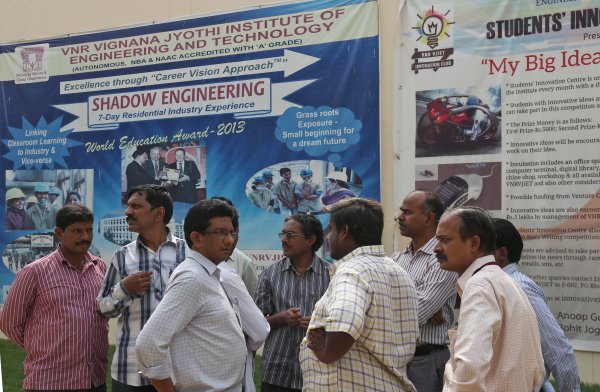 24 Indian Students Swept Into River and Feared Drowned
Next Up: Editor's Pick