Celebrities Pray For Tracy Morgan After Crash Leaves Him Hospitalized

Friends and fellow stars extended their condolences to comedian Tracy Morgan, who was hospitalized Saturday after a six-vehicle crash on the New Jersey Turnpike.

An outpouring of tweets followed in the hours after the 30 Rock star’s 1 a.m. crash, with celebrities including the musician Questlove, actor Andy Richter and comedian Eddie Griffin sending Morgan their well-wishes.

New Jersey police told TIME that Morgan was in intensive care as of Saturday morning along with three other passengers in the limo. A fifth passenger died, while two others were not sent to the hospital.

Come on @RealTracyMorgan pull through this buddy

Sending lots of love out to Tracy Morgan

Please pray for everyone involved in this mornings terrible accident keep them in your heart and send love for all the families affected .

I am praying for @RealTracyMorgan this morning!!! What a great guy.

Prayers go out to @RealTracyMorgan and his family

My prayers go out to @RealTracyMorgan – I want to ask all of my fans to pray for him as he is in critical condition after a car accident.

Prayers up for @RealTracyMorgan… hang in there, brotha! 🙏

Strength & Speedy Recovery to @RealTracyMorgan who survived a massive car crash this morn.

Saying a prayer for @RealTracyMorgan

Morgan is also former member of the Saturday Night Live cast. The comedian is 45 years old and was on his way home from a stand-up set at the time of his accident. 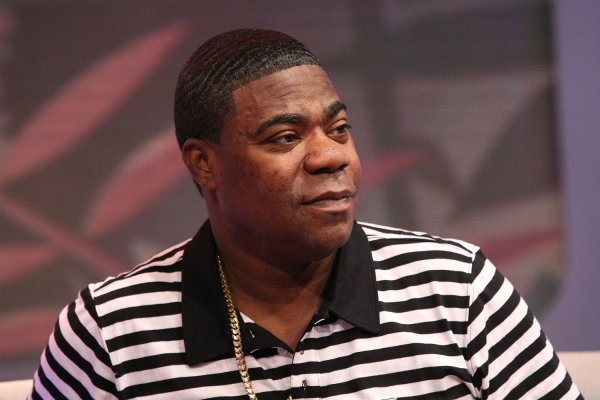