Tech Looks Like It's Entering Another Period of Insanity

Is the world of tech investing losing its head again? Or are some tech investments worthwhile even at jaw-dropping prices because of the potential for future growth? Such questions crop up now and then, but in the past few weeks they’ve come up with an alarming frequency.

Last month, after Facebook said it would buy WhatsApp for $19 billion, a furious debate broke out over whether the price was insane or defensible. Since then, similar debates have emerged in different areas: most recently, the wildly successful IPO of digital-healthcare startup Castlight; and Intercept Pharmaceuticals, a top-performing stock in the red-hot biotech sector, among others.

There are key differences between these three examples: One is in M&A, another a recent IPO and the third as stock that has traded publicly for a few years. Each operates in a different sector. But they’ve all sparked debates that have a similar dynamic – a disconnect between those who see strategic sense in betting on future growth, and those who say the valuation is unjustified by any logic.

And there seems to be no bridging the disconnect between the two.

Facebook’s acquisition of WhatsApp. Announced four weeks ago, the proposed deal would offer $4 billion in cash and the rest in Facebook shares, which most analysts expect to keep rising for the next year at least.

Why it’s so overvalued: Facebook is paying $345 per employee. For a precedent you have to go back to the dot-com era. Valuing a company on a per-user basis was a desperate metric used in that same era, which didn’t end well. Monetizing WhatsApp faces challenges: Competition is rife (WeChat, KakaoTalk, Kik), and some may undercut WhatsApp’s subscription fees or offer a richer platform of services.

Castlight’s IPO. Founded in 2008, the San-Francisco-based company uses cloud technology to help companies manage healthcare costs more efficiently. Castlight filed to raise $100 million last month, but demand bumped its take up to $176 million. The stock rose 149% to $39.80 on its first day of trading last Friday before settling at $37.25 Monday.

Why it’s so promising: Health care is a notoriously opaque industry, and Castlight is early in creating transparency through cloud software. Its founders hail from RelayHealth (acquired by McKesson), VC firm Venrock and Athenahealth, adding cred on Wall Street. Castlight has a $109 million backlog of contracts not recognized yet at revenue.

Why it’s so overvalued: The company listed at 107 times revenue and now trades at 250 times revenue. (Athenahealth trades at 11 times revenue.) It’s lost a total of $131 million to date. Castlight’s involvement in the cloud and healthcare exposes it to two markets subject to speculative investment.

Intercept’s stock surge. The New York-based developer of drugs for chronic liver disease went public in late 2012 at $15 a share and was trading around $60 a share in early January. After phase II trials of a drug was stopped early because of positive results, the stock has since risen as high as $462 last week, a 577% gain year to date.

Why it’s so promising: The drug treats NASH, a liver condition that can lead to liver failure and that affects an eighth of the US adult population. It’s considered an unmet medical need with no approved therapies. One analyst called the news “potentially paradigm changing” while another said the market could be “bigger than Hepatitis C” with sales as high as $4 billion.

Why it’s so overvalued: Intercept has lost $186 million to date, yet its market cap has gone from $1 billion in January to $8 billion today, and analysts are saying it could rise to $17 billion. The NASH drug has passed a key obstacle but still faces more. The phase II results don’t necessarily guarantee regulatory approval, and long-term side effects could hurt marketing.

It’s important to note that none of these are fly-by-night companies attempting to mislead investors. Each has a well-run business and a promising story to tell. What’s notable is that the market is willing to price each one on a best-case scenario that lies several years down the road. And that’s assuming nothing will go wrong.

No investor wants to be left out of the next big thing. And yet the willingness to invest in sunny, best-case scenarios is something that was absent from the market even a couple of years ago, but is growing more commonplace in 2014. Back then, companies with nine-digit losses couldn’t squeak into the markets. And tech giants like Facebook were focusing on modest acqui-hires.

We’re in a different market now. One where valuations are starting to resemble those of 15 years ago. The difference this time is many of the highly valued companies have a persuasive story to tell. But even a good story can lead to disappointment when it’s priced to perfection. 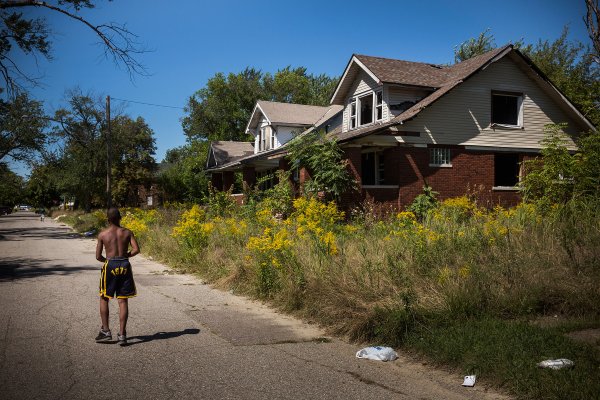