How to Win on Penalties

In the run-up to a World Cup, every English football fan has the same fear: please don’t let an England game go to a penalty shoot-out. That’s because the English have the worst record in shoot-outs—a series of spot kicks in front of goal that takes place when teams finish tied—of any of the most prominent footballing nations, with six defeats out of seven in major tournaments. England’s coach Roy Hodgson has described the national team’s penalty complex as “a negative obsession.”

England is not the only team, however, that should be worried about penalties as the tournament approaches. Holland has a wretched record too—mainly because Johan Cruyff, the godfather of modern-day Dutch football, unwisely insisted that there was no point in practicing for penalties. He stood by that even after Italy beat Holland in the 2000 European-championship semifinal, a game in which the Dutch team missed five penalties, two in regulation time and three in the shoot-out.

For all the coaches, players and commentators who say the penalty shoot-out is a lottery, I have some news: it is not. In the course of researching my new book about how to take penalties, I spent 18 months speaking to penalty experts from across the world, as well as leading thinkers in other sports.

Here are five lessons I would recommend all teams consider in preparation for a World Cup penalty shoot-out:

Among the tangible factors surrounding England’s penalty patterns is the repeated way that English players rush their kicks—a sure sign of stress. Data analysis shows that English players wait an average 0.28 seconds between the moment the referee blows his whistle and the player begins his run-up.

This is quicker than any other nation’s players—and not far off Usain Bolt, whose average reaction time once the starter’s gun goes off is 0.18 seconds. Easy does it, England.

Look at your target.

English players are also far more likely to turn their backs to the goalkeeper after they spot the ball and mark out their run-up, a moment of gaze avoidance that psychologists see as a stress signal linked to “fight or flight.” At some point the player has to turn around and face his fear, which in this case is the goalkeeper.

The coach must pick the players.

The average scoring rate for all teams in World Cup penalty shoot-outs is 71%, well below the average penalty conversion rate of 78% in professional football as a whole. Why? The audience is global and one kick can make or break a player’s career. If you are good enough to play at a World Cup, your technique is certainly up to converting a free shot from 12 yd. The coach should decide if you’re also mentally tough enough to handle the pressure.

You can’t ever replicate the conditions of taking a penalty in a World Cup final, but how does a golfer train to hole an 8-ft. putt to win the Ryder Cup, or a tennis player cope with a second serve to win Wimbledon? By practicing with purpose, and repeating the routine of the shot so many times that it becomes part of the muscles’ memory in executing it correctly. Players should practice taking penalties over and over again, especially after training matches lasting 120 minutes, to replicate a game’s 90-minute length plus the 30 minutes added on for extra time if there’s no winner after the regular period. They should even practice the nerve-racking walk from the center circle—where each player has to wait until it’s his turn—to the spot.

These factors may not guarantee success, but they will increase a team’s chances. And even a tiny competitive advantage can make all the difference. For England fans, that could mean an end of a long national nightmare in front of goal.

Lyttleton is the author of Twelve Yards: The Art and Psychology of the Perfect Penalty 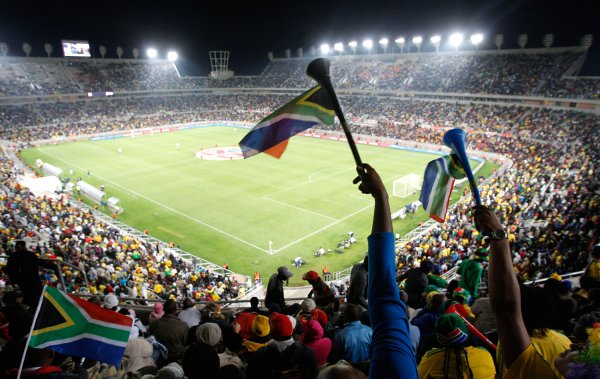