Here We Go Again: Is College Worth it?

The debate over whether college is worth the money may have taken a decisive turn. Unquestionably, it is—even if you must go into debt to get the degree—new data suggests. Still, there is no convincing folks at the Thiel Foundation, which just blessed a fourth class of dropouts with money to start their own business.

First, the new data: Americans with four-year college degrees made 98% more an hour, on average, in 2013 than people without a degree. That’s up from 89% five years earlier, 85% a decade earlier and 64% in the early 1980s. These figures are based on an analysis of Labor Department statistics by the Economic Policy Institute and first reported in The New York Times.

Researchers conclude that over the long run not going to college will cost you about $500,000. That’s double the penalty for not getting a degree three decades ago. “The decision not to attend college for fear that it’s a bad deal is among the most economically irrational decisions anybody could make in 2014,” says The Times.

But the Thiel Foundation isn’t drinking that Kool-Aid and, in fact, hopes to eventually refute the assertion with data it collects through its “20 under 20” fellowship. The foundation just selected its fellows for the coming year and Mike Gibson, vice president for grants, says both the number and quality of applicants has risen each year. “High school students are now anticipating this is something they want to do,” Gibson says. “They start working on a business long before they apply for the grant.”

The incoming class of 19-year-olds includes several with a running business, like Vitalik Buterin who is about to release the first version of a platform and coding language enabling broader application of the technology underlying bitcoin. The fellows tend to be tech geeks from the west coast. But the program has welcomed fellows from more than 40 countries including China, Canada, India, the U.K. and Germany.

PayPal co-founder Peter Thiel stirred up a hornet’s nest when he announced his peculiar fellowship four years ago. Calling higher education a bubble, he offered 24 high school students $100,000 each to skip college and start a business. That first class would be entering its senior year now. Gibson says five have given up and gone back to college. But 19 are either working at their own business or have sold it and gone to work for someone else in a related area. “A handful sold for seven figures,” he says. “These kids have more money than me.”

Gibson, by the way, has a four-year college degree. The last part of his statement is one reason the foundation is keen to stay with its program for the long run and generate its own data. Studies that examine the value of college look at all students. The Thiel fellows are a special group. If they were not starting their own business they would be going to college, Gibson says.

They are bright and college-ready but have chosen a different path. They have been handed the funding and they enjoy the mentorship needed to pursue their dream. Among high school students with that kind of choice, he believes the ones who skip college and just get to work on their idea, on average, will have greater lifetime income—especially when you back out the cost of tuition, fees and loans.

The point is that college is not for everyone and some people would be better off skipping it, Gibson says. The 20-under-20 program is creating role models to make the case. Ultimately, it hopes to generate the data to prove it as well. 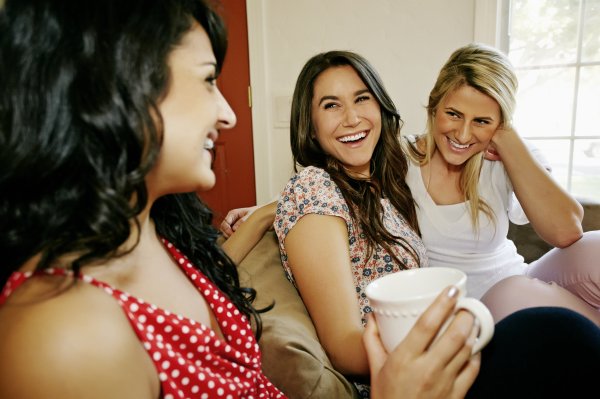 7 Things Happy People Choose to Do Every Single Day
Next Up: Editor's Pick