These Are America's 7 Most Profitable Products

Successful companies frequently depend on just one product for a large share of their sales. That’s true for some of the most iconic brands, including Coca-Cola, Marlboro, Jack Daniels, and Apple. In many cases, these products not only represent an outsized share of their company’s revenue, but they also have tremendous profit margins that serve as the foundation of the company’s profitability.

Nearly all the most profitable products are market leaders in their industry and are mass produced in incredible quantities. As a result, the company can apply significant pressure on suppliers to lower costs, while still selling to customers at the highest possible price.

For instance, Apple sold more than 150 million iPhones in its latest full fiscal year, up 20% from the year before, when the company sold 125 million iPhones. Very few smartphone or consumer electronics devices can match that volume, which gives Apple notable leverage in negotiations for components and with carriers. Today, most Americans own a smartphone, and a huge number of these are iPhones.

The most profitable products tend to rely on the power of their brand, which can command a premium price and sell extraordinary numbers of units. In fact, some of these products, including Coca-Cola, Harley-Davidson and Jack Daniels, are also among the world’s most valuable brands, according to brand consultancy group Interbrand.

One major factor that helps to shape product profitability is exceptional management. On one hand, businesses that spend too much on areas such as research and development or marketing can cut deeply into a product’s margins. Of course, controlling expenses is a balancing act. A product that is not well-built or marketed is one that will fizzle away.

Clearly, the ability to develop or market a product well can be a huge source of popularity as well. Apple’s iPhone is hugely popular because it is, by most accounts, one of the most well-built and user-friendly smartphones made by a consumer electronics company. Coca-Cola and Marlboro likely owe much of their popularity to their world-famous advertising.

Product profitability is among the most difficult financial measurements to gauge from the financial information released by public companies. As a result, finding credible and reliable information on a product’s profitability is also quite difficult. Public companies tend to guard data on product profits, and rightly so. This information is equivalent to a trade secret that corporations do not want their competitors to have, even if the figures can be estimated.

ALSO READ: The States With the Strongest and Weakest Unions

Based on data from by Capital IQ, 24/7 Wall St. reviewed the S&P 500 companies that produce consumer products. We only considered corporations that have a single product that is considered to be the company’s flagship brand, or represents the largest single contributor to revenue. To account for the opaque nature of product profitability, 24/7 Wall St. only considered products of publicly traded companies that disclosed significant details about their operations. We excluded companies with an operating margin of less than 15%, as well as companies that did not break out revenue by division or product. In order to estimate product operating margin, in the cases when the product’s margin or revenue was not provided, we used the company or division’s operating margin as a proxy. If it was clear that the brand power of the product and high volume of sales allow the company to sell the product at a premium, we awarded the product a higher operating margin. Market share values listed are for the U.S. exclusively, and come from various industry sources. Variations of existing, well-established products, such as the iPhone 5c, Jack Daniels Honey and Diet Coke, were counted as part of the parent brand.

These are America’s most profitable products.

A majority of Americans now own smartphones, according to Pew Research Center. Last year, 45% of all smartphones sold were iPhones. The iPhone is one of the world’s most profitable products and a primary driver in Apples’ (NASDAQ: AAPL) financial success. The company’s fiscal 2013 sales increased by $14.4 billion, or 9%, from the year before. Much of the growth was due to strong iPhone 5 sales, as well as the successful introductions of iPhone 5S and lower-cost 5c. Net sales of the iPhone totaled $91.3 billion last year, up 16% from 2012, when sales increased by more than 70% from the year before. Interbrand named Apple the world’s most valuable brand last year.

Despite a massive decline in American smoking habits since the 1960s, Marlboro cigarettes are still among America’s most profitable products. Altria Group, Marlboro’s parent company, shipped roughly 130 billion packs of cigarettes last year, including 111 billion packs of Marlboros, down slightly from the year before. The Marlboro brand, however, still dominates U.S. tobacco markets, controlling more than two-fifths of the tobacco market in America. The brand has been the top-selling cigarette nationwide for the past 35 years. While smoking is on the decline, the Marlboro brand can be found on a variety of smokeless tobacco products as well, including snus. Altria Group shipped 787.5 million units of smokeless tobacco products last year, up slightly from 2012.

Like several other energy drink brands, Monster has come under some scrutiny for its brightly colored labels and flashy advertising, because such tactics tend to attract a young audience. One can of Monster has roughly five times the caffeine found in a can of Coke. Monster does not children or pregnant women consume its products. Despite bad press, Monster Beverage Corporation’s revenue has steadily increased in recent years. Sales rose more than 9% last year.

Seven States Running Out of Water

Why Whole Foods Is Losing Customers 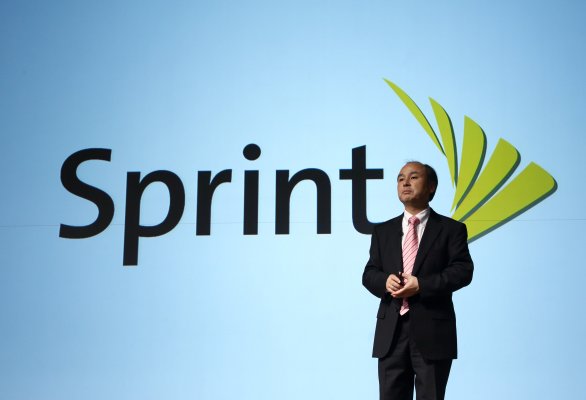