Game of Thrones author George RR Martin is offering fans a chance to be in his next novel for $20,000.
Albert L.—Getty Images
By Stephanie Burnett

From crushed skulls to having molten gold poured onto one’s head, death on the Game of Thrones is seldom civilized. And for a donation of $20,000, author George R.R. Martin is offering fans a chance to meet their own gory end — not on screen but in his next novel.

While details of the death will be decided by Martin, the winner can choose what title they’ll hold in Westeros, including Lord, Lady, Septon, Maester or Knight, among others.

Although it comes at a hefty cost, Martin’s offer is for a good cause. All money collected from the crowdfunding campaign will go to Wild Spirit Wolf Sanctuary — which houses more than 60 wolves and wolf-dogs, many of them rescued — and the Food Depot of Santa Fe, N.M.

The author also offers many other goodies for smaller donations, including T-shirts and a map of Westeros signed by Martin himself.

Martin wrote of his affection and concern for wolves on his donation site. “I’ve always been fond of wolves … direwolves in Westeros, and real wolves in the real world. U.S. wolf populations hit critical lows during the twentieth century, and finding a way for humans to co-exist with this majestic creature is an important part of the conservation movement.”

As of June 6, at least 4,000 people had signed up for the chance to be killed off in the next book in the A Song of Ice and Fire series. From this pool, one winner will be selected at random. 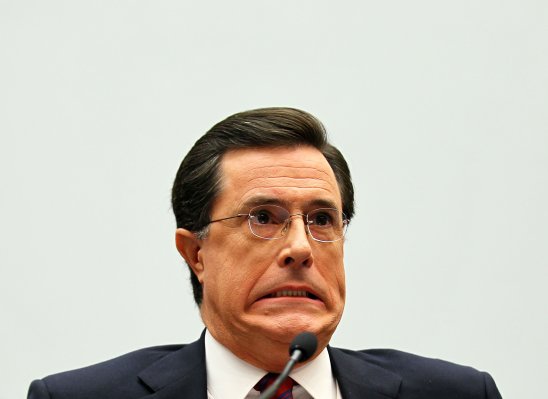 Stephen Colbert Ripped Amazon Apart Over Its Hachette Dispute
Next Up: Editor's Pick