What was a minor skirmish between Verizon and Netflix looks set to become a full-blown battle after Verizon sent Netflix a cease-and-desist letter Thursday demanding that Netflix stop blaming Verizon for slow streaming speeds.

“There is no basis for Netflix to assert that issues with respect to playback of any particular video session are attributable solely to the Verizon network,” the letter reads. “As Netflix knows, there are many different factors that can affect traffic on the Internet.”

In the letter, Verizon also demands that Netflix tell it the names of every customer who saw the message, along with proof that Verizon’s network was to blame for slow speeds, within five days.

“Failure to provide this information may lead us to pursue legal remedies, and Verizon reserves all rights in that regard,” Verizon’s letter reads.

Netflix spokesperson Joris Evers confirmed in an e-mail to TIME that the company received Verizon’s letter. Evers did not back down from Netflix’s previous stance, which is that the message blaming Verizon was a way to “keep [Netflix] members informed” and that they might use such wording to describe other ISPs as well.

“This is about consumers not getting what they paid for from their broadband provider,” Evers told TIME. “We are trying to provide more transparency, just like we do with [our] ISP Speed Index, and Verizon is trying to shut down that discussion.”

The conflict between the two tech giants erupted Wednesday after a Vox Media journalist tweeted an image of his Netflix buffering screen that read “the Verizon network is crowded right now.” The sentence explicitly placed the blame on Verizon for slow streaming, a claim that could be damaging to Verizon’s brand, according to Verizon’s cease-and-desist letter.

Netflix is locked in a fight with several major Internet Service Providers over who should pay to deliver video content into people’s homes. Netflix — and certain niche ISPs, like Google Fiber — believe content should be delivered across the so-called last mile of the broadband network into people’s homes for free. Verizon, Comcast and AT&T believe Netflix and other content providers should have to pay a fee to establish a direct connection to their networks and stream video into customers’ homes. Otherwise, they say, all of their subscribers will have to bear the cost of serving content that only serves Netflix customers.

Though Netflix has tried to conflate such tolls with the ongoing debate about net neutrality, it has agreed to paid peering agreements with both Verizon and Comcast to establish a direct connection to their networks and boost customers’ streaming speeds.

Letter to David Hyman by VictorLuckerson

Read Verizon’s letter to Netflix in full above. 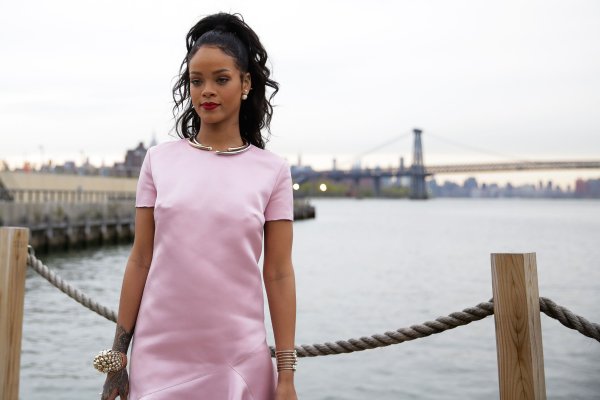 Rihanna Perfume Ad Deemed Too Sexy for UK Children
Next Up: Editor's Pick