Tinder's New Photo Feature Is A Lot Like Snapchat

In a continued attempt to move away from its “just a hookup app” stereotype, Tinder added a new feature Thursday that turns it into more of a social sharing platform. “Moments” allows users to show their matches photos taken throughout the day that will disappear after 24 hours — longer than your average Tinder relationship.

“We’ve done a really good job of helping people form new relationships, so good in fact that we just reached 2 billion matches this week, but making the connection is just the start,” founder and CEO Sean Rad told TIME. “We wanted to give our users a better way to get to know their matches and communicate with them. And that’s what led to Moments.”

A user can click on a camera icon at the top of their “Matches” tab to take a photo that will be shared with all potential suitors and then get erased from existence in 24 hours. (But keep your pants on—literally—users can easily report and block inappropriate photo sharers).

While the “Moments feature certainly has some Snapchat-esque elements—people can draw, caption, and put filters on the ephemeral photos—it still stays true to the Tinder user experience.

“I think Tinder is different [from Snapchat],” Rad said. “Of course we’ve taken inspiration from other experiences out there, but the core user experience with moments is very Unique and familiar to our users in the way we present the content. The action of swiping is very unique to Tinder.”

Users have the ability to swipe through their potential suitors’ Moments, found on top of their “Matches” tab. A swipe right alerts the photo taker that you “Liked” their Moment, creating new opportunities for communication.

Rad said that Tinder decided to make the pictures self-destruct in a day to “take away that pressure of wanting to make it perfect and allow you to be more yourself.”

Tinder claims to produce 800 million swipes and 10 million matches a day. And the founders promise that it is adding more features that will expand on the dating functionality.

As Josh Stein, a partner at VC firm Draper Fisher Jurvetson, told Bloomberg,”Tinder might end up competing with Snapchat or Facebook.”

This could be seen as the next step to making Tinder—which Rad says “is already about more than just dating”—a social platform.

“I think you could look at it as an evolution,” he said. “To us social means meeting new people and strengthening the bonds that you have with existing relationships. We’ve done the meeting people well, now it’s about giving unique and fun tools to people to connect with those matches.” 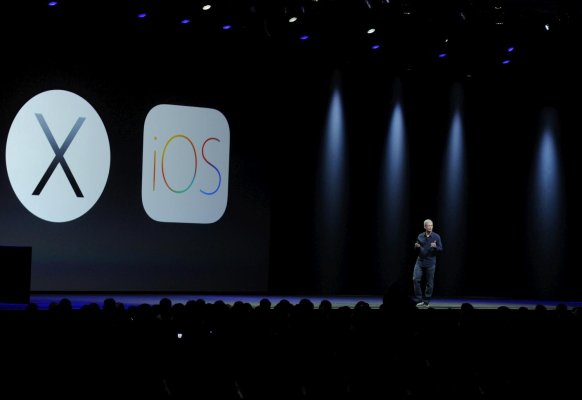 Apple Execs Ranked by Their Keynote Performances
Next Up: Editor's Pick