Rape, Relationships, and a Messy (for Good and Bad) Louie Season 4

Louis CK’s Louie has never been too interested in neatness: not in its narratives, its protagonist’s psyche, its relationships, its realism or lack thereof. This has been the show’s strength and distinction: not tied to one tone or mode, only as consistent as it wants to be, it’s been able to tell stories almost through free association: comedy here, drama there, hyperrealism shifting to hypersurrealism, the only consistent thread being its lead character’s state of mind. (Take season 3’s “Dad,” which included a psychologically realistic setup–Louie is asked to visit his estranged father–a fantasy dialogue with a GPS system, and a ludicrously exaggerated multi-vehicle escape scene, all of them showing the terror of facing a primal anxiety.)

Louie‘s season 4 has been, almost straight through, about Louie’s relationships with women–lovers, flings, unrequited loves (on both sides), ex-lovers. And it has gotten very, very messy–sometimes beautifully, sometimes clumsily, and right now in a way that could change the show for good.

Monday night, Louie finished up “Elevator,” a story that represented the show’s latest stylistic change: continuity, or at least telling one serialized story that runs over most of the season. Where some past Louie stories have had repercussions as lasting as a those of a Wile E. Coyote cliff dive, “Elevator” ran six episodes and its story continued into the next one (about which more in a second).

Even this long story–about Louie’s infatuation with Amia (Eszter Balint), a Hungarian visitor to the States who speaks no English–was a collection of parts, some of which worked better than others. The romantic storyline built to a gorgeous, delicate breakup scene, in which Louie and Amia use a restaurant waiter as a translator and finally come to hear each other. By not using subtitles, the storyline put us squarely in Louie’s place, misunderstandings and all. (Slate’s translation of Amia’s lines makes a good quasi DVD extra.) But it also devoted a lot of time toward getting precisely to where the story seemed to be going from the beginning.

On the other hand, I was fascinated by the arc’s parallel story, about Louie’s conflict with his ex-wife Janet (Susan Kelechi Watson) over their daughter’s education, which had remarkable insights about class and control and the little-acknowledged notion that a marriage continues evolving even after it ends. To this point, they’ve been the model of a functional divorced couple; bringing them into conflict is of a piece with season 4’s commitment–see also “So Did the Fat Lady”–not to be cool about things, to risk discomfort, melodrama, and taking itself too seriously, if that’s what it takes to try to get at a truth. (And in turn, that’s why I was disappointed with the resolution, in which the composed Janet turned into a basket case in the face of a hurricane, needing Louie to rescue her and his daughters.) Along the way, there were vignettes and moments both magical (Amia and Jane’s impromptu violin duet) and misfires (the surreal fake-news bits, a longtime element of the show, worked less well attached to a hurricane that we ended up needing to take very seriously). To me, the whole didn’t match Louie‘s heights of seasons 2 and 3, but it was enough for me to put Louie on my best-TV-of-the-year-so-far list this week.

There’s a lot more to say about “Elevator”–but too late! moving on! because the show blew up the conversation with its second episode of the night, “Pamela, Part 1.” If you’ve missed the Internet chatter, Louie’s longtime infatuation Pamela (co-producer Pamela Adlon) returns to town, and their potential relationship fall victim to timing: she’s finally open to dating him, but he’s seeing Amia, and after the breakup, she’s not interested in being Louie’s Plan B. But she volunteers to pinch-hit as a babysitter when he gets a standup gig, and he comes home to find her asleep on his red couch–mirroring how he first saw Amia asleep on her red couch. Pamela says goodnight, but Louie doesn’t want it to be goodnight. He moves in on her. He tries to lean in for a kiss, and when she evades him, grabs her arms, grabs her around the waist, under her shirt, until she breaks free, saying, “This would be rape if you weren’t so stupid!”

Would be rape? I’m not interested in getting into statutory definitions–have at it, lawyers! What I do know is that Louis CK has a record as an extremely painstaking producer and director who has an unusual level of control over every aspect of his show. This is not Louie’s first stab at show a scene that drifts into sexual violence–in season 3, Melissa Leo’s character bashes Louie in the head to get him to reciprocate oral sex. And the episode he shot he gave us every tool to interpret the scene; he practically left a trail of breadcrumbs.

Before the scene, Louie performs an unusually long, vociferously feminist standup segment about men’s violence against women. (This is not a new subject for Louis CK–see his routine in which he likens women dating men to men having to date a “half bear, half lion–‘Oh, I hope this one’s nice!'”) He shows Louie looming over Pamela, grabbing her arms, groping at her as she grabs at furniture. (Sidebar: while his daughters are sleeping in the apartment!) She yells, unambiguously, “No!” She says “rape,” in so many words, twice. (That she uses phrases like “You can’t even rape well!” doesn’t minimize it–that’s how Pamela talks to Louie.) This is a director who has seen plenty of movies loading up the scene with nearly every physical and verbal cue for sexual assault. There may be a lot about his mindset that is open for interpretation, but not about the act: whether or not Louie wants to force her into sex, he’s trying to take control of her body, and she is violated.

(Is it, by the way, possible that Louis CK simply inserted that long monologue as CYA–a way of saying, “Hey, the scene you’re about to see, it’s not really rape, because my character is really an enlightened, feminist guy who gets it”? Eh, I guess. But you know what’s a much easier way to ensure that your audience doesn’t take a scene to be sexual assault? Don’t shoot a scene that looks like a sexual assault!)

All of which is to say: it looks terrible. It feels terrible to watch–not just the grappling, but the cringing kiss Louie coerces out of Pamela, and the fist-pump he gives himself afterward. And there’s no reason to doubt Louis CK meant it to look and feel precisely that terrible.

The piece we’re missing is: why? To what end? There’s the “To be continued” part. The whole season has suggested that Louie the character is going through emotional things that have left him unmoored–not only does he say it in therapy with his ex-wife, but beating the crap out of a piano with a baseball bat after being hurt by Amia is not exactly the act of an even-keeled guy. (Speaking of issues, did I mention that he just fell deeply in love with a woman who he literally cannot hold a conversation with?)

In a larger sense, there’s the notion, especially relevant after the University of California-Santa Barbara misogynist killings and #YesAllWomen, of the “nice guy” who feels entitled to love and sex–and here she was, sending him these signals, yes then no, practically ordering him to “take control,” blurred lines, you know you want it. And maybe there’s the idea, which again connects with Louis CK’s standup, that everyone needs to check themselves–that there is no set of beliefs you can hold, no “its” that you can “get,” that render you immune to becoming That Guy.

Here’s the thing, though: That Guy here has been our protagonist, a hands-on dad, a friend–maybe a loser, often wrong, sometimes selfish, but a guy who’s trying. Louie is hardly a traditional comedy, but it’s also not Breaking Bad. The “Pamela” scene makes us see the character in a way that fights against how we want to see him–fights against, to be honest, our desire to keep seeing the show a certain way because we like it and want to keep watching. (The hell of it is too, Pamela has long been by far Louie’s most interesting, best-imagined love/frenemy.)

Which is not to say the scene is immoral or irresponsible or makes Louis CK somehow pro-rape–for starters, it offers much more context than most TV shocker-rape scenes. But boy, is it a risk. If you don’t follow up on what happened, you can trivialize it. If you do follow up, yes, it can be bold and socially valuable to show that audience that, look: guys who do this sort of thing don’t walk around with labels on their forehead. (Girls has done something similar with Adam, who’s had a sex scene that was at least rape-adjacent, but is also the show’s chief love interest and a rounded character.) They can be fathers and mensches; they don’t see themselves as bad guys, and we most often never see those few moments that would change our view of them. But now we have seen it; we can’t unsee it. Can we just live with it? Where do you go from there?

I can’t know, which leaves two weeks (next week is two episodes telling a different, 90-minute story) too see how, having steered into this story, the creator finishes it. It’s important to remember that, for all their similarities, Louis CK the artist and Louie the character are two different people, but “Pamela” has lashed them together in a way: the question is, can Louis CK succeed here without alienating us from Louie, and Louie?

I expect the answer will be messy. I can only hope that it will be good messy. 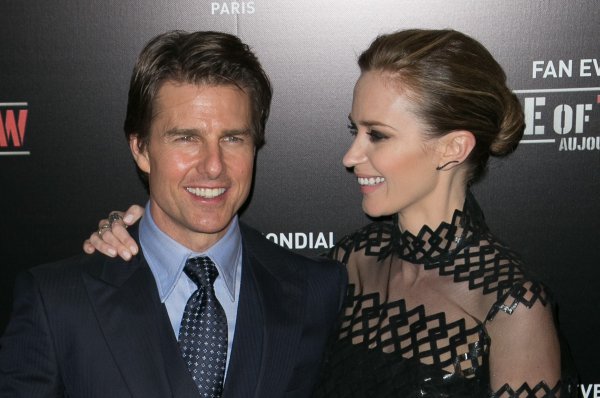