General Motors CEO Mary Barra said Thursday the automaker has fired 15 people and disciplined five others following an internal investigation into why it took more than a decade to address a defect that’s led to the death of at least 13 people.

“Some were removed because of what we consider misconduct or incompetence. Others have been relieved because they simply didn’t do enough: They didn’t take responsibility; didn’t act with any sense of urgency,” Barra said.

However, Barra said the report found no deliberate cover-up by the company — GM’s top management was unaware of the problem until the company decided to begin recalling millions of affected vehicles earlier this year, according to the report. Instead, Barra put the blame on “a pattern of management deficiencies and misjudgments.”

GM top brass ordered the report, conducted by former U.S. Attorney Anton Valukas, after the company began massive recalls in February because of defective ignition switches, which caused some cars to lose power steering and airbag functions. The report laid out a series of findings and recommendations that Barra said the company had already begun to undertake.

GM has recalled at least 13.5 million vehicles for various issues this year, 2.6 million of which because of ignition switch problems. The recalls came after the company was put under intense pressure from Congress and federal authorities for its failure to fix the switch issues for more than a decade. On Thursday, Barra suggested that more recalls will follow.

“As I’m sure you know, we are taking an aggressive approach on recalls,” she said. “In the near term, you might expect to see a few more recall announcements.”

Barra also announced a compensation program for victims seriously injured as a result of the defective ignition switch as well as the families of those killed in connection with the problem. The program, which will be administered by Kenneth Feinberg — who ran the September 11th Victim Compensation Fund — will begin accepting claims on Aug. 1. 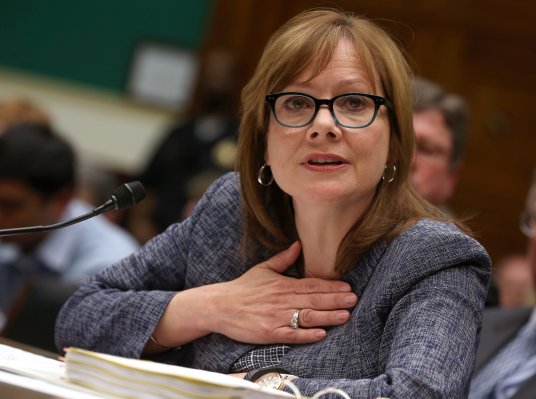