VIDEO: Eddie Huang on Why Fresh Off the Boat Uses Racial Slurs

In the same way chef Eddie Huang was resolute in naming his new ABC show Fresh Off the Boat, he was also adamant about using the word “chink” in the show’s pilot.

“I never, never once thought about not using the word, because that was the word that was said to me,” Huang says. “And there’s no other word that will get the reaction that that word got out of me.”

It’s reflective of Huang’s visceral approach in addressing some of the hardships he faced as a Taiwanese-Chinese-American kid growing up in Orlando. The show, part of ABC’s 2014-2015 lineup, is based on Huang’s New York Times bestselling memoir of the same name.

As the first network television show in 20 years to be centered around an Asian-American family, Fresh Off the Boat has drawn comparisons to Margaret Cho’s 1994 All-American Girl. Though Cho’s show was canceled after one season and criticized for stereotyping and depicting Asian customs as “weird and alien,” Huang is quick to acknowledge its role in paving the way for Fresh Off the Boat.

“I’m honored to be compared to Margaret Cho, because she’s a pioneer,” Huang says. “It’s important to compare and contrast, but recognize that everything is different and that 20 years ago, she was dealing with a whole different set of circumstances.”

What Cho attempted was like “trying to play mahjong on King Arthur’s table,” according to Huang. But today, Huang says he feels empowered to depict his personal experience in an authentic manner, starting with things like reclaiming the term “fresh off the boat” and including the word “chink.”

“Now, I feel like in many ways, we’ve broken the table, and said, ‘We don’t want it. We want a folding table, and we want to play mahjong on this table’,” Huang said. “I do feel like ABC is letting us work on a new table. It’s not that same Round Table that we’ve been forced to fit in our whole lives. They’ve really taken the reins off and let us do our thing.”

Huang stopped by TIME’s studio over the weekend while he was back in New York City to train a chef at his Taiwanese restaurant, Baohaus. In the video above, he talks about including violence in the show, the Fresh Off the Boat cast meeting his parents and how he feels about Asian fusion. 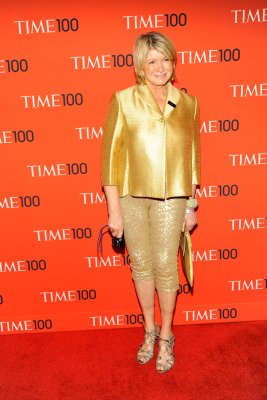 Orange Is the New Black: The Time Martha Stewart Almost Went to Litchfield
Next Up: Editor's Pick